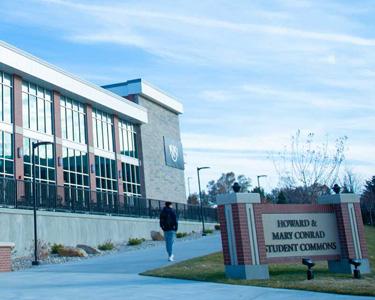 We have an exceptional team of people waiting to talk with you about joining us at NNU. You can call us at 1-877-NNU-4-YOU or email us at admissions@nnu.edu. All other communications can be sent to our mailing address: Undergraduate Admissions Office, 623 S. University Blvd., Nampa, ID 83686.
Spacer component 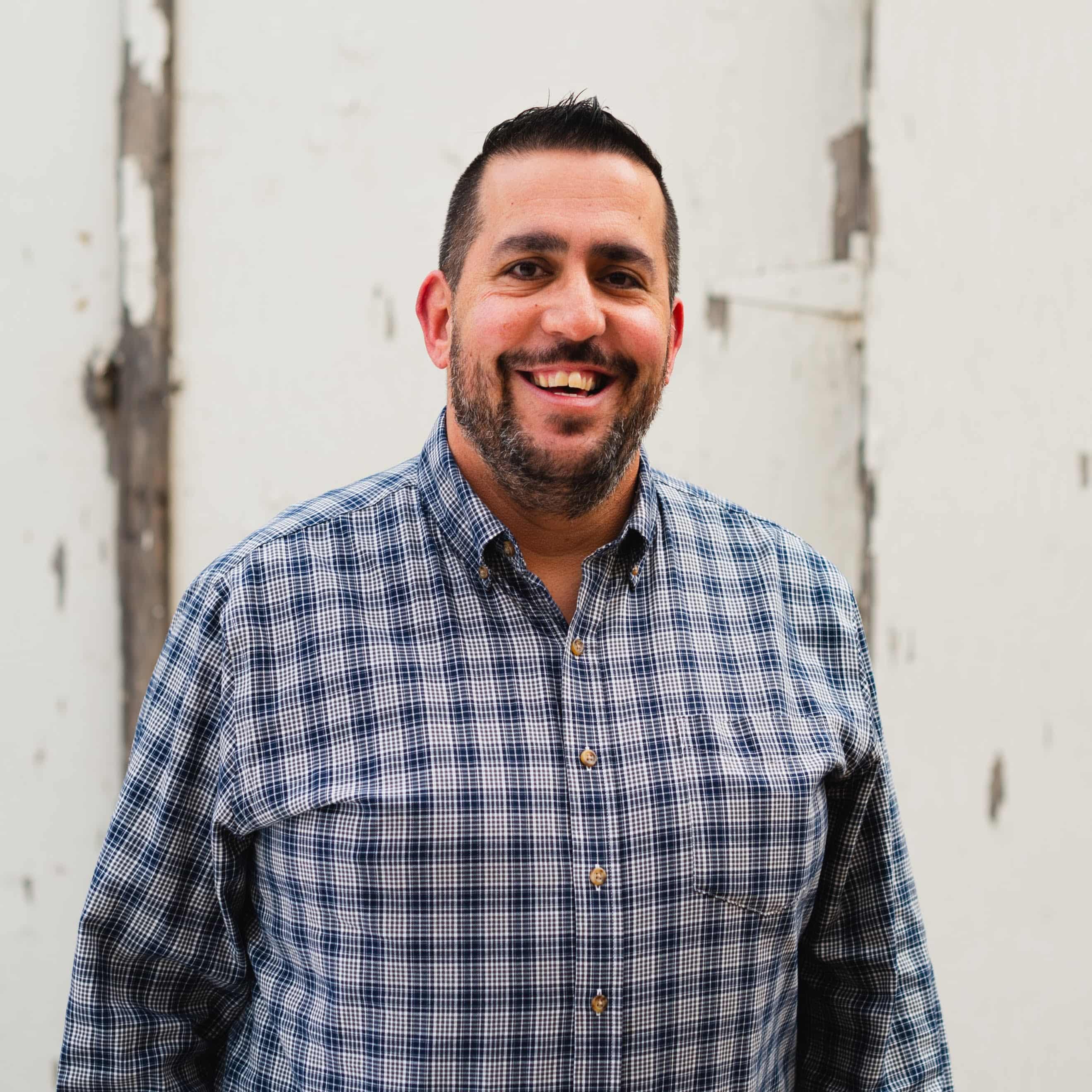 Rich serves as the Director of Admissions. He graduated from NNU in 2002 earning a BS in Business Administration. He also earned his MA in Church Leadership from Southern Nazarene University. Rich is also an ordained elder in the Church of the Nazarene and currently serves as the NYI President for the Intermountain District. He has spent the last 15 years serving with his wife as associate pastors at Canyon Hill Church of the Nazarene. Rich enjoys spending time with his wife and three children. He also loves cars and motorcycles. 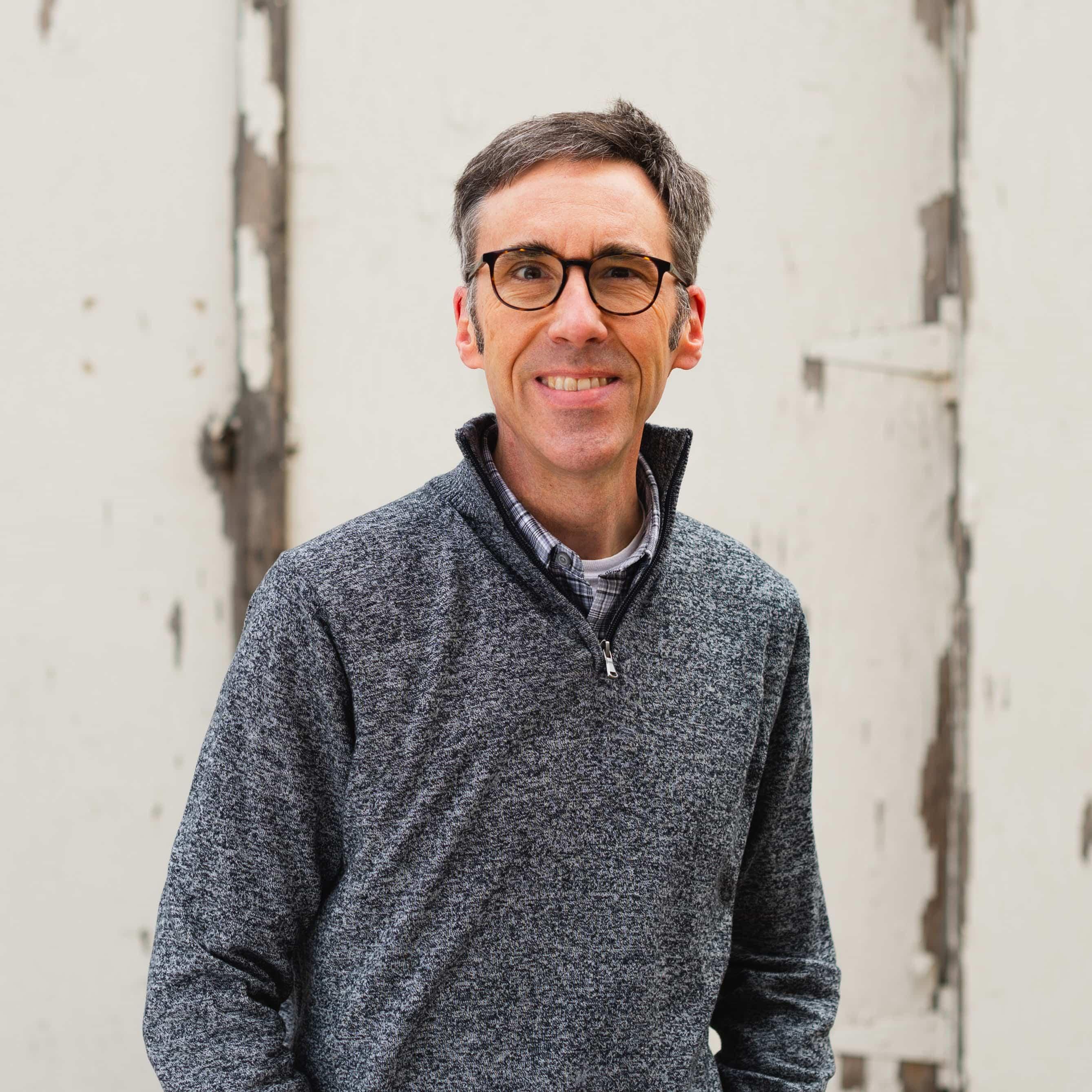 Jim received his BA in Applied Music from NNU in 1991 and recently graduated with his MA in Pastoral Ministry from NNU in 2019. In between those times, he spent 9 years in college admissions, first at NNU and then at George Fox University. After that, he earned a BS in Music Therapy from Utah State University and spent 13 years working in hospice as a Board-Certified Music Therapist and, most recently, as a chaplain. He enjoys listening to and helping people, spending time with his wife and son, thrift store shopping, playing music, and rooting for the Utah Jazz. 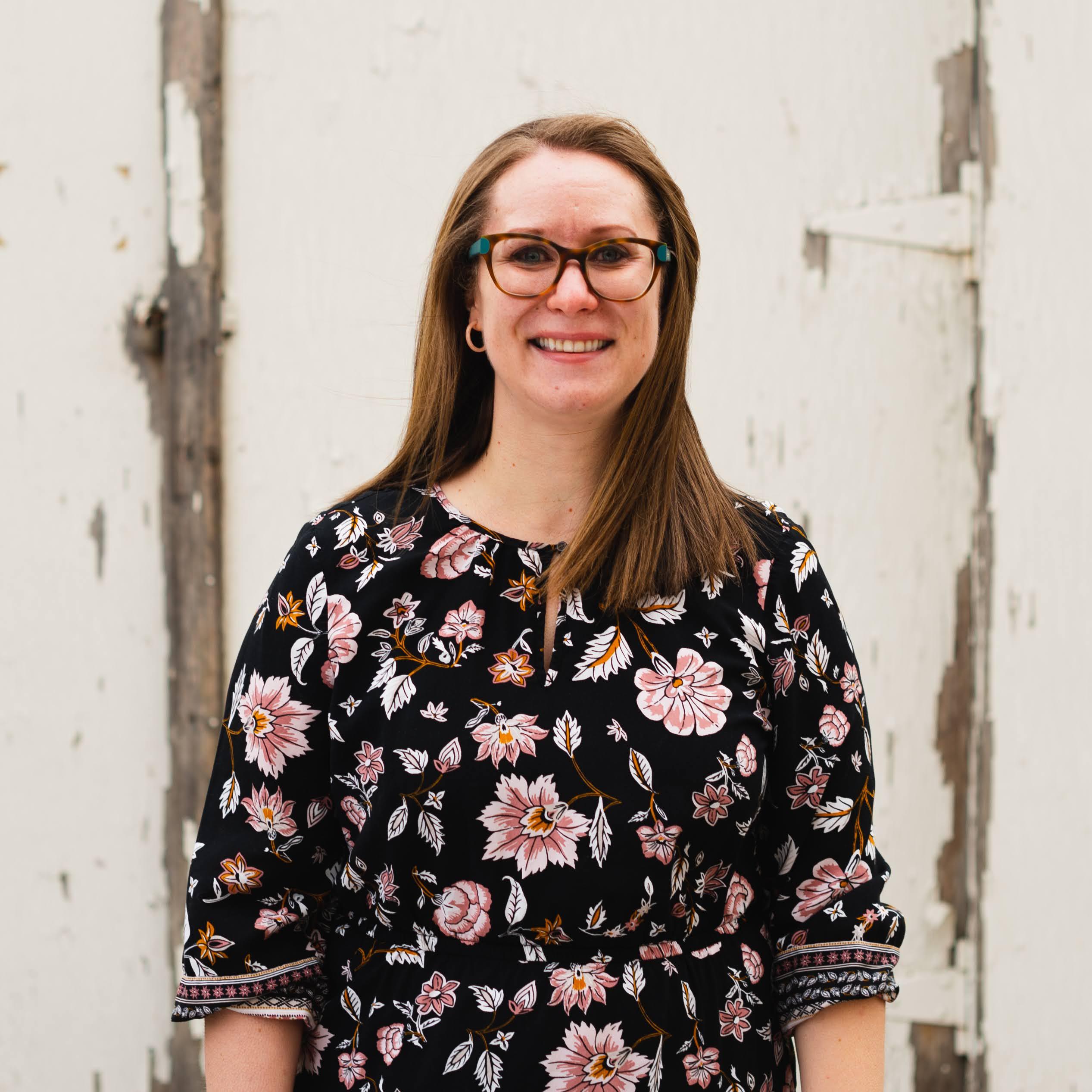 Stephanie is the Campus Visit Coordinator. She is responsible for creating a personalized schedule for each individual visitor. Stephanie graduated from NNU in 2007 with a mass communications degree. She enjoys watching movies and playing board games with her husband and two sons. They are currently watching every Disney produced movie in chronological order. She loves her husky, wearing sweatpants, quoting Friends, and taking naps. 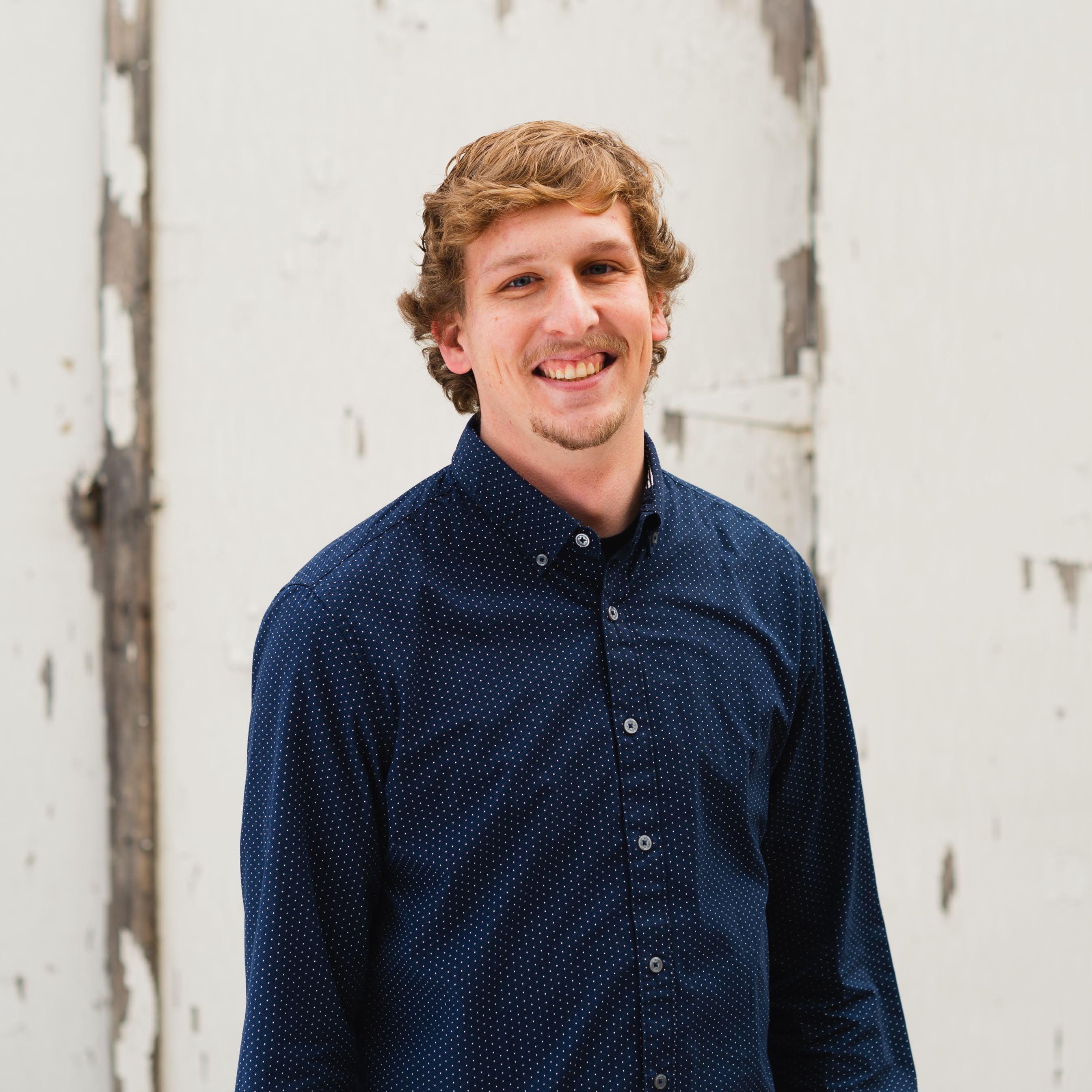 Christian graduated from NNU in May 2016 with a Biology degree. He enjoys adventures with his wife and two dogs. He also loves mountain biking, backpacking, and quoting Star Wars. One of his favorite memories from NNU was the opportunity to spend 6 weeks in the rain forests of Costa Rica researching Jaguars.

Nate grew up as a missionary kid in Malawi, Africa, and then survived and thrived in the culture shock of moving back to the U.S. for his freshman year of college. He was an R.A. for two years for honors students and graduated with a B.A. in Philosophy from Boise State University in May 2015, and has lived in Nampa since 2014 with his wife and son. He loves playing worship music on his guitar, playing ultimate Frisbee, and making funny faces in the mirror when nobody is looking. 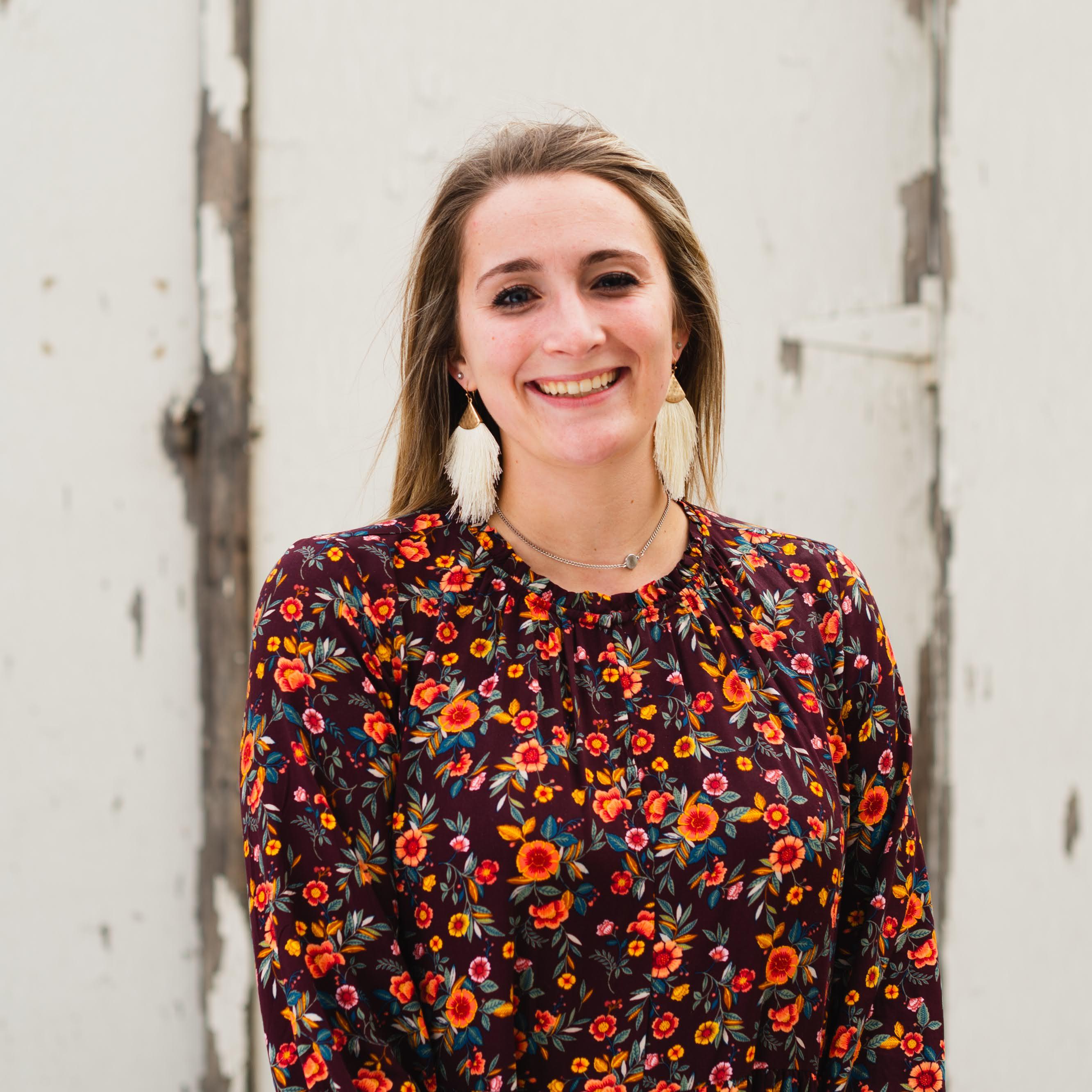 CoCo graduated from NNU in May 2018 with a degree in Political Science. She also received minors in both Spanish and Global Business. While attending NNU she was on the Women’s Basketball team and was the TA for the Political Science Department and Honors College. CoCo is from Pasco, WA and loves that her sister also attends NNU, playing on the Women’s Basketball team. Some of CoCo’s favorite events at NNU were the bonfires, Corlett Snack Nights, and Twirp. 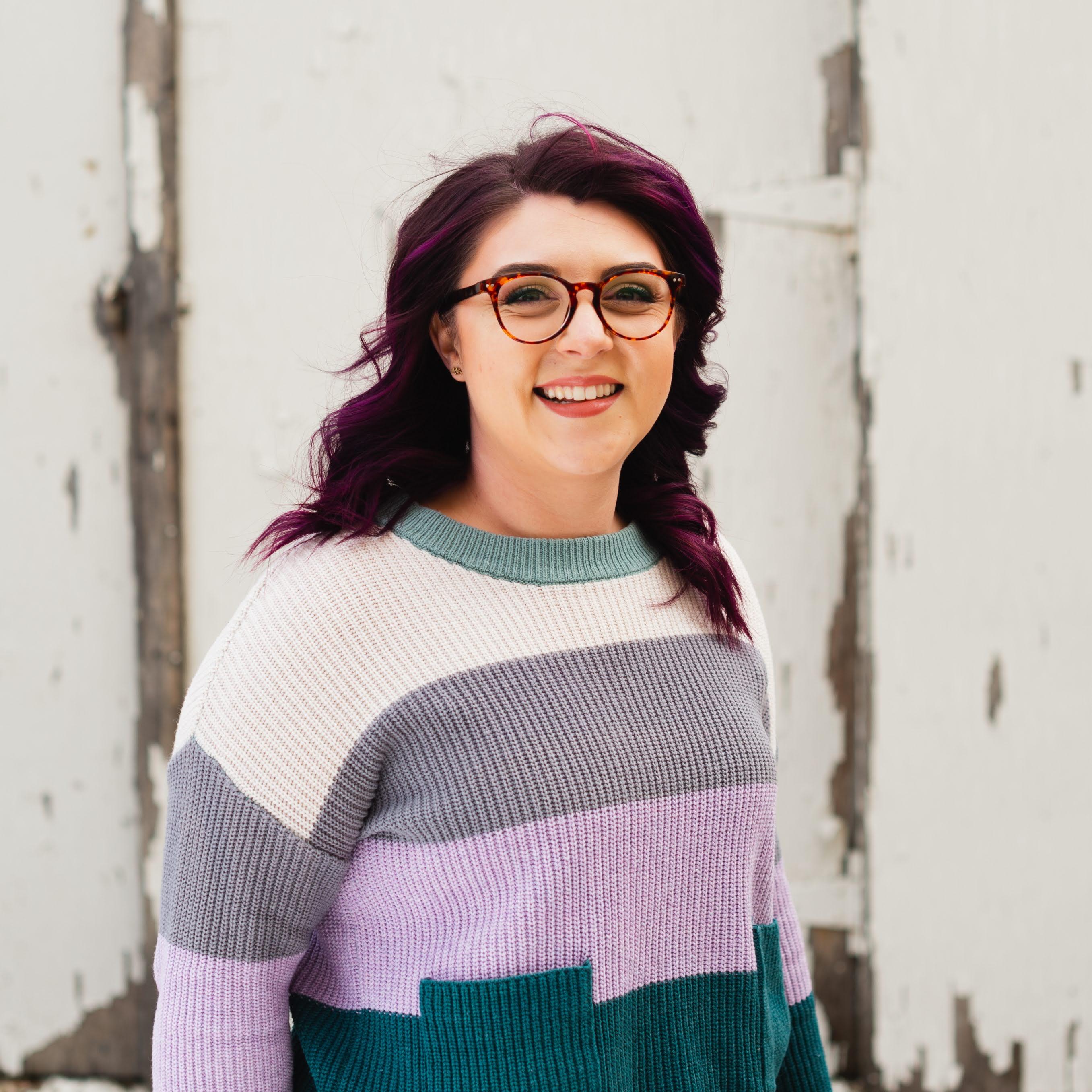 Works with:
Oregon and California

Leslie graduated from NNU in May of 2016 with a degree in Graphic Design and a minor in Photography. During her time at NNU, Leslie played intramural volleyball, was in the art club, and served on the Student Government Association as the Yearbook Editor. Leslie enjoys going on adventures with her husband Ben and puppy Lewis, spending way too much time in book shops, and visiting any art museum she can find. 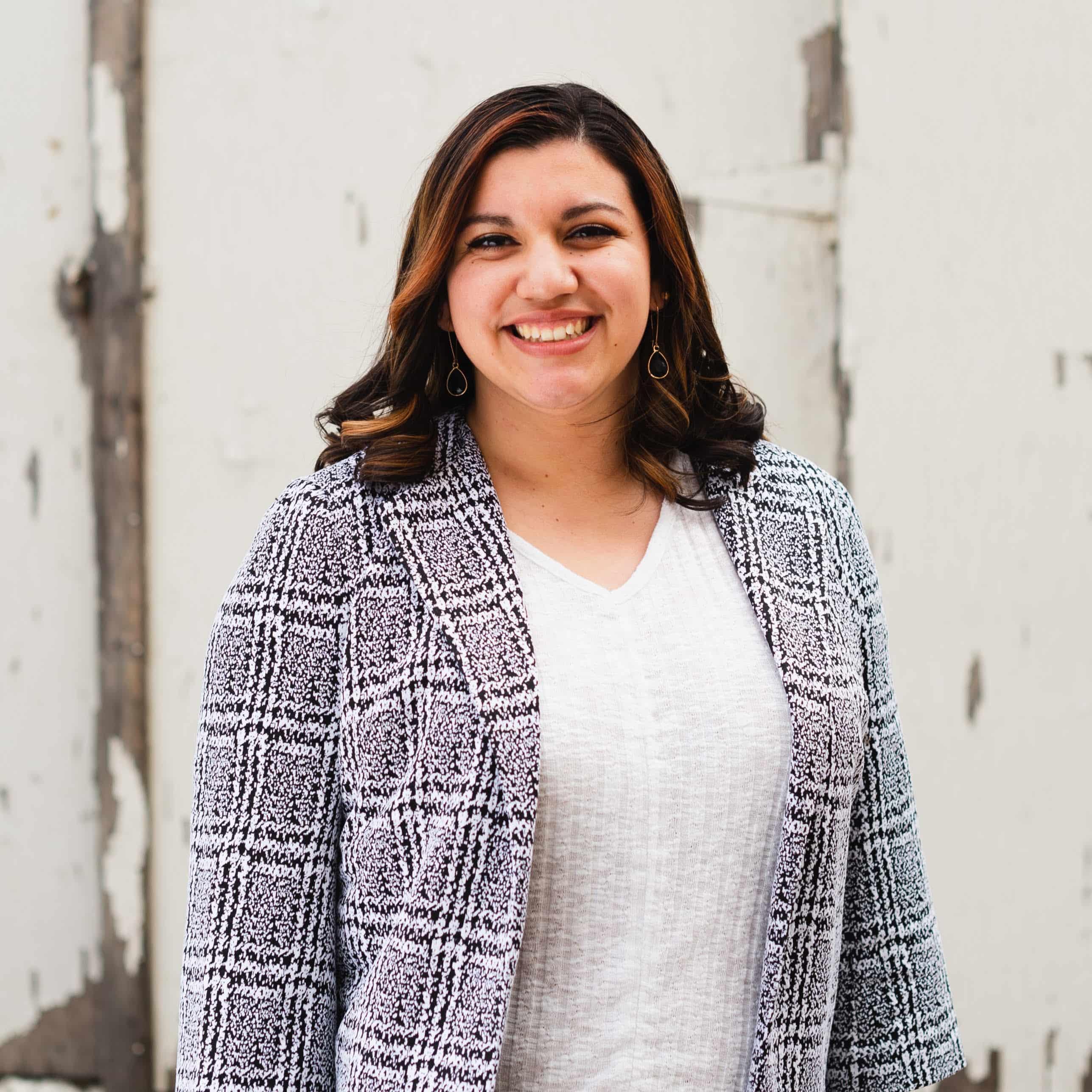 Maggie is a graduate from NNU's class of 2018 and received a B.A in Social Work. She has lived in the Treasure Valley area for most of her life and took advantage of NNU's cross cultural opportunities and studied abroad in Costa Rica for a semester in 2016. During her time at NNU, Maggie participated in the University Choir and Orchestra, Bella Voce Women's choir, and was an RA for the Freshmen girls dorms. Maggie enjoys spending time with family and friends, drinking too much coffee, singing to Disney, and traveling. 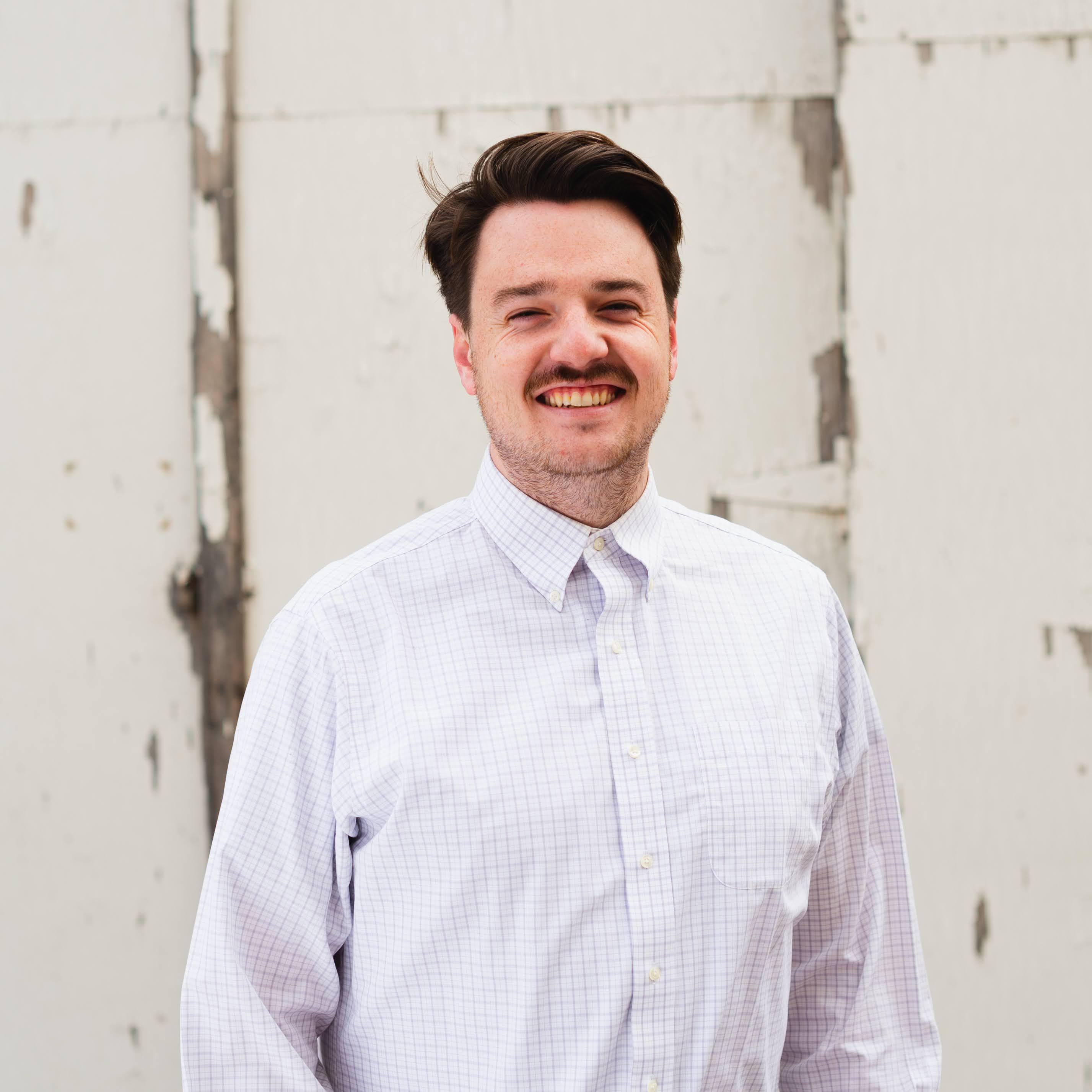 My name is Noah Daniels and I am an admissions counselor. I graduated from Point Loma Nazarene University in 2018 and I loved my experience in Christain higher education. As a student, I got the opportunity to travel all around the country leading worship in churches and summer camps on behalf of my school, take a deep dive into theology and philosophy, and work for our chaplaincy department. Also, fun fact, I am the fourth generation of my family pursuing ordination in the Church of the Nazarene. 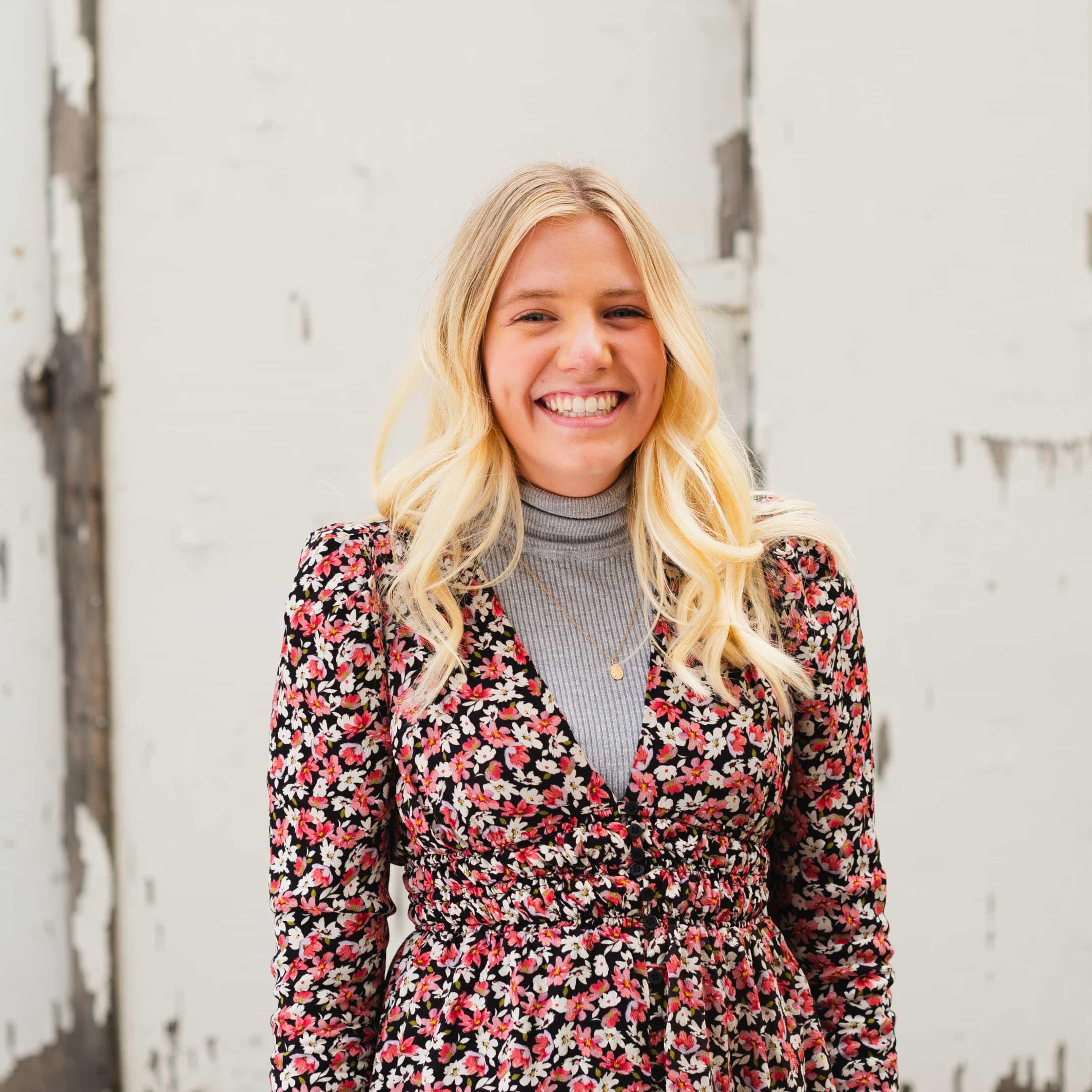 My name is Parker Akkerman and I am an admissions counselor. I graduated in 2020 from NNU and experienced deep personal transformation. During my time as a student, I was very involved in Student Government, served as a resident assistant in the sophomore dorm, and traveled to China to compete with NNU's speech and debate team. 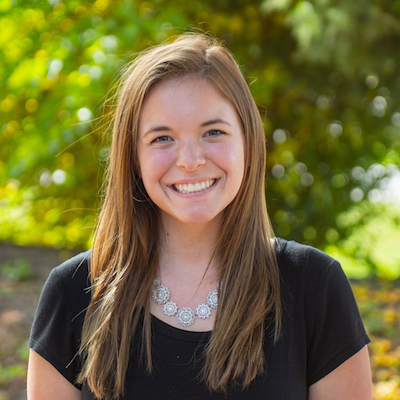 Abbie is a senior mechanical engineering major with a minor in music from Spokane, WA. She is president of the swing dance club, involved in journey’s outdoors club, leads a bible study and is principal flute in the University Choir and Orchestra. Her favorite thing about NNU is strangers that quickly become family and endless opportunities all over campus to pursue your interests and career during undergrad. 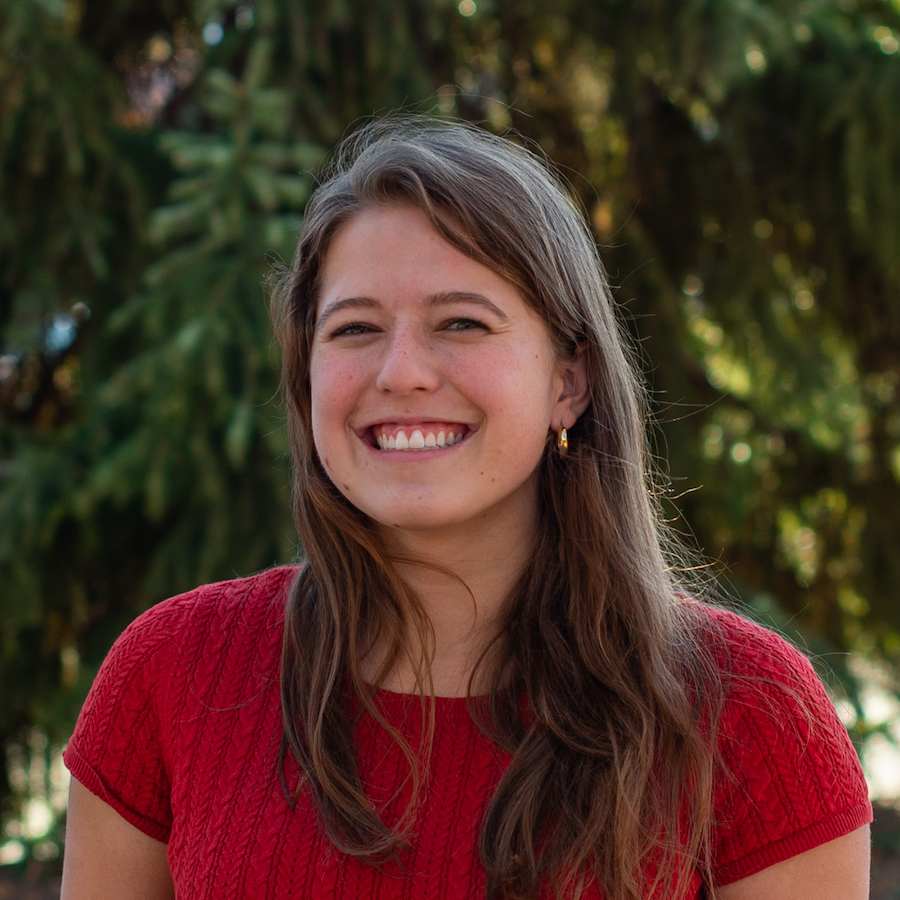 Grace is a sophomore nursing student from Anchorage, AK. She keeps involved with campus life as a sophomore dorm RA (Resident Assistant) and loves spending time with her wing and planning dorm events with the other RA’s. She loves the community of amazing people at NNU that she has become so close with in such a short period of time. 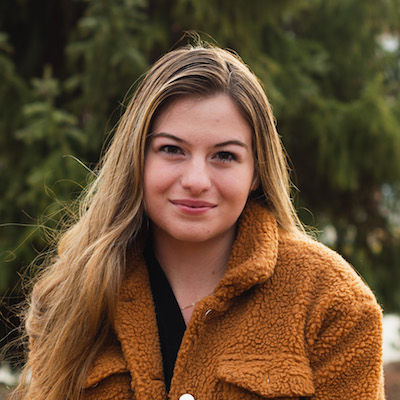 Ashley is a senior biology pre-med major with a minor in business management all the way from Caldwell, ID. She is involved in Alpha Epsilon Delta (Pre-Health Honor Society), biology research teams, NNU’s Peer Health Educators, Honors College, and a former college cross-country athlete. Her favorite part of being a student at NNU is the ability to be involved in so many different extracurricular activities, and professors’ understanding of students irregardless of their circumstances. 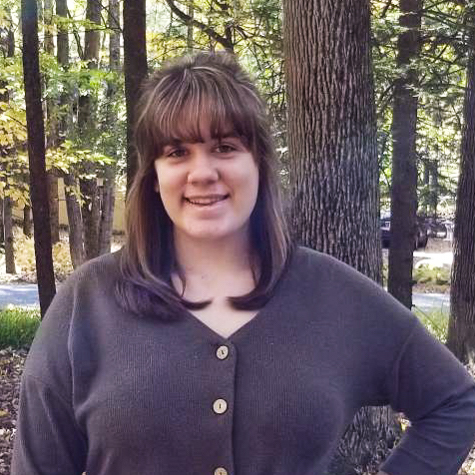 Gina is originally from Las Vegas, NV and now resides in Greentown, PA, studying accounting and management with a minor in criminal justice. Gina is part of the accounting club, has been involved in intramurals as well as being a peer mentor for new freshman. Her favorite thing about NNU is Rootbeer Fest (a week one event favorite) and being able to hang out with friends whenever and wherever! 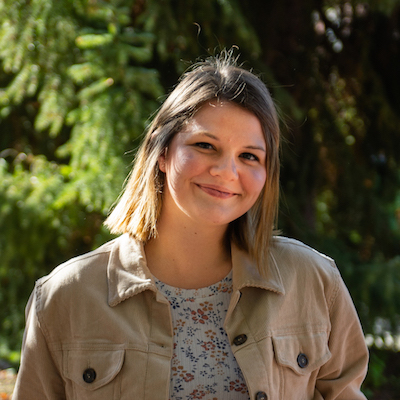 Scarlett is a senior communication science major with minors in both psychology and business administration from Puyallup, WA. On campus, she is involved in the Bella Voce women's choral ensemble and plays on the Lacrosse team. Her favorite thing about NNU is the way it feels like home with the kind, welcoming, and loving community. 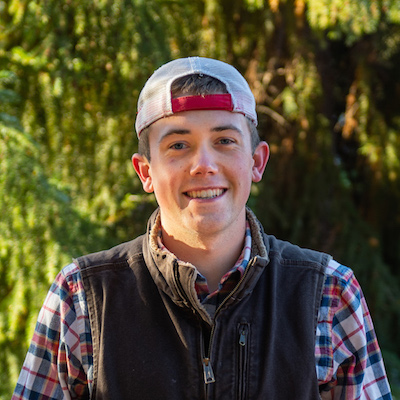 Elliot is a Junior Business management major from Olympia, WA. He is involved in the NNU Alpine Club, school intramurals, and works for admissions as a student ambassador. His favorite things about NNU is the unlimited chocolate milk at the Dex, and our amazing President Joel Persall (lovingly referred to by students as Papa Joel). 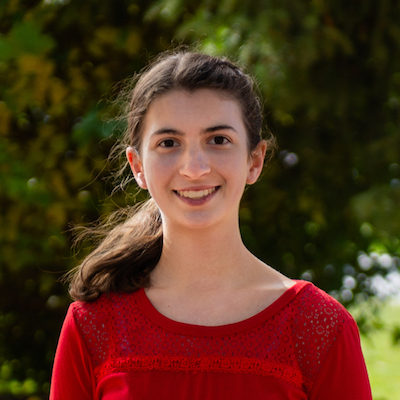 Rebekah is a Junior youth ministry major with a minor in christian ministry from Vancouver, WA. She plays flute and piccolo in NNU’s concert band and University Choir and Orchestra, and participates in the swing dance club, yarn club, and Journeys outdoors club. She loves how friendly everyone- truly everyone- at NNU is and how easy it is to get connected on campus. 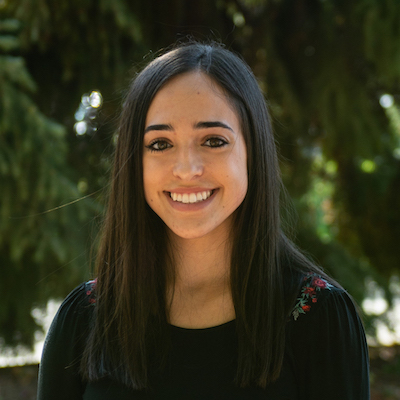 Macie is a Junior nursing student from Longview, WA. She is involved in the Student Nursing Association and works for admissions as a student ambassador. Her favorite part of NNU is the community that helps you feel comfortable no matter where you are on campus because of the positive, friendly atmosphere everywhere you go. 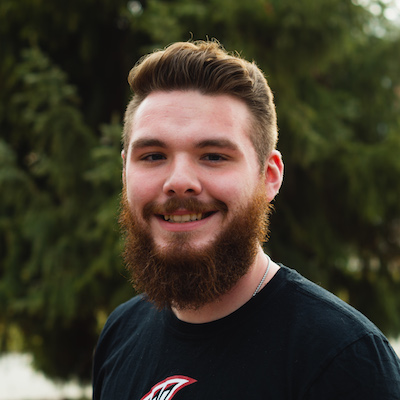 Gunnar is a junior Christian Ministries major from Marysville, WA . He is stays busy outside of classes hiking, fishing, thrifting, cooking, reading, getting coffee with friends (all trademark activities of a classic NNU student). Gunnar’s favorite parts of NNU include the close relationships with professors and the culture cultivated at a small university, where friends are more like family that will last a lifetime.