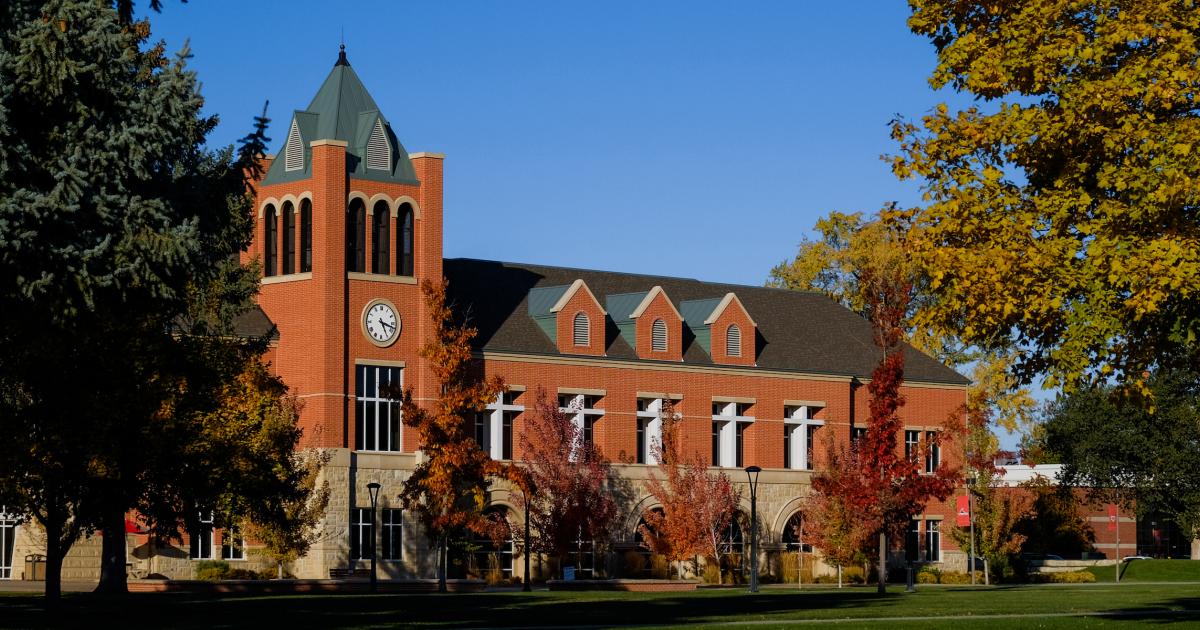 Six faculty and staff were presented with emeriti status this month at NNU’s annual Celebration of Service. Please join us as we honor these devoted NNU community members.

Terrie Bowen began her career at Northwest Nazarene College in 1986 as the switchboard operator, quickly transitioning into her role in the Business Office/Student Financial Services, where she has spent the last 34 years.

Though Terrie is quiet by nature, her impact on NNU and her students has been significant. Terrie helped develop and implement procedures for managing several institutional loan programs. It was important to Terrie that, before she retire, she helped NNU close out the extensive federal Perkins Loan program. She took on the responsibility of re-assigning all the loans back to the Department of Education and followed through by taking care of all the details, diligently working with our loan service provider and the U.S. Department of Education’s central database for student aid, the National Student Loan Data System. Terrie was also instrumental in creating and overseeing processes for collecting student account debt. This process, which initially began as an in-house effort, has grown into structured relationships with three collection agencies.

Terrie actively supports campus life, has served on the Staff Policy Council, including a term as its Chair, and she regularly attends NNU sporting, music and art events.

Associate Professor Mary Curran began her teaching career at Northwest Nazarene College in 1990. Over the course of her thirty-one year teaching career, Associate Professor Curran implemented the Master of Social Work (MSW) program at NNU. She completed an extensive needs assessment and used those results to craft a uniquely structured program that would meet the needs of working students. Throughout her time as the program director, enrollment grew from 20 students to 120 students.

Mary earned an associate degree from Antelope Valley Junior College in 1966, a B.A. from Point Loma Nazarene College in 1974, an M.Div. from Nazarene Theological Seminary in 1980 and an M.S.W. from Howard University in 1984. Mary also became certified in secondary education and Adult Education from the University of Idaho.

In addition to her work as a professor, Mary has provided counseling in her role as an ordained elder in the Church of the Nazarene. She has served as a member of the Idaho Social Work Licensing Board for 13 years and used her experience and expertise with the State of Idaho to educate students on the licensing process. She also has served the State of Idaho as a foster parent.

She reflects the love of Christ in every interaction and has been a mentor for countless students over the years. Mary mentored and taught five of the seven other faculty members of NNU’s current Social Work department and has prepared hundreds of students for the field of social work.

Associate Professor Barbara Howard joined the faculty at Northwest Nazarene College in 1979. Throughout her forty-two year career at NNU, Associate Professor Howard served as an advisor to students with learning disabilities and as the Director for Academic Support. Most recently she held the position of Associate Professor of Academic Success and Advising. Barbara has also served on several committees and councils and has been Vice Faculty Marshall.

Professor Howard is also known for her service to many off-campus groups and organizations, serving her church as worship leader, Sunday School teacher, and prayer coordinator. Additionally, she served her local community as an Election Precinct Committeewoman, Election Party Vice-Chair, and a Canyon County Community Clinic volunteer. Whether creating curriculum for tutor training, coaching individual students, teaching math, or serving her church and community, Barbara’s career is an excellent model of NNU’s core values.

Edward Michael Poe, Professor of Education, joined the faculty of Northwest Nazarene College in 1997. During his 24-year career at NNU, Professor Poe served as Professor of Graduate Education, Director of Graduate Leadership, Faculty Vice-Chair, as a faculty representative to the Board of Trustees, as a member of many NNU committees and councils, and as Faculty Marshall. Students and faculty at Northwest Nazarene University have expressed high regard for Professor Poe and his commitment to scholarship and student success. During his years of dedication to teaching and mentoring graduate students, he was honored as Graduate Professor of the Year.

Professor Poe graduated from Northwest Nazarene College with a B.A. in Biological Science, earned an M.Ed. in School Administration from the College of Idaho and completed an Ed.D. in Education from the University of Idaho.

Professor Poe has long been a leader in public education in Idaho and across the nation. As a student, he served as National Vice-President of the Student National Education Association in Washington, D.C. He served local Idaho schools for two decades as a junior high school teacher, vice-principal and principal. His impact, dedication and leadership as a junior high education administrator were recognized with honors by multiple groups including the Idaho PTA, Idaho Association of School Administrators and Idaho Education Association.

Professor Shaw graduated from Bethany Nazarene College (now Southern Nazarene University) with a B.A. in Social Science and received both a M.A. and a Ph.D. in Political Science from the University of Oklahoma.

Professor Shaw has been a popular speaker through the Idaho Humanities Council Speakers Bureau, Idaho Junior Statesman Foundation, Idaho Scholars-in-the-Schools Program, numerous conferences, workshops, civics programs, and presentations. He has spoken and written extensively about the U.S. Supreme Court and various court justices, constitutional law and amendments, the U.S. Presidency, and the U.S. political system. He has also served as a consultant and participant with the Frank Church Conference, Len B. Jordan Symposium, as a frequent local media analyst, political party participant and volunteer for numerous non-profit organizations.

Professor Arnold Ytreeide began his teaching career with Northwest Nazarene College in 1993, transitioning from adjunct instructor to full-time Teaching Fellow in 2002 and then to a full  faculty member in 2005. During his 19-year career at NNU, Professor Ytreeide has served as Professor of Mass Communications and Department Chair. Additionally, he developed the Film School program, serving as director since its conception. The Film School gave his students invaluable experience in Film and Television production. His curricular design, extensive extra-curricular activities and strategic alliances with local and national content producers and distributors reflect his ongoing commitment to excellence in his field. For many years, the Film School produced “An Idaho Family Christmas” which was a holiday favorite for students and the community alike.

Professor Ytreeide graduated from NNC in 1994 with a B.A. in Religion, received an M.A. from Boise State University in 2004 and earned a Ph.D. from European Graduate School in Switzerland in 2011. He has received Certificates of Completion for “Producing Feature Films” and “Film/TV Directing.”