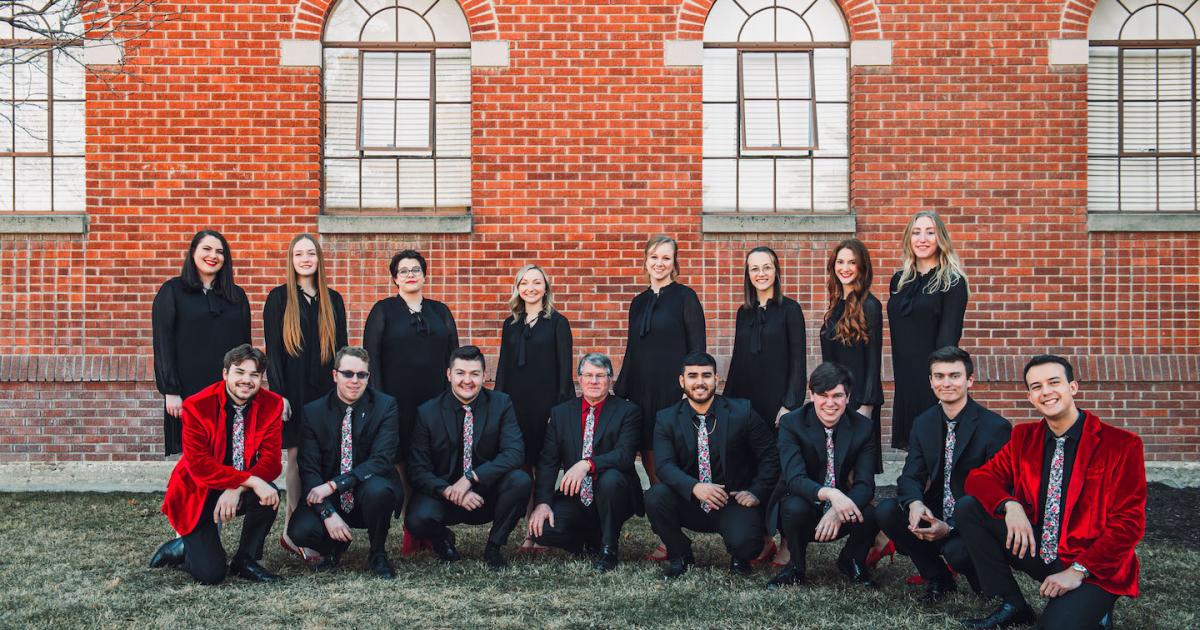 Earlier this month, NNU’s Northwesterners had the privilege of performing at the Northwestern ACDA Conference in Spokane, Washington, held at the Historic Fox Theater.

“Our trip could not have gone better,” said Quin Van Paepeghem, Northwesterners Director. “Being the only collegiate jazz group invited to perform for hundreds of choral music educators from six northwest states was truly an honor. Seven months of preparation and focus resulted in an exciting standing ovation performance. Our NNU students were prepared, professional in their presentation and completely selfless in every aspect of each performance on this brief tour.”

Before their performance at the Northwestern ACDA Conference, the Northwesterners toured two other locations, Columbia Basin College in Pasco, Washington and Ferris High School in Spokane.

Formed in the 1960s, the Northwesterners perform in concerts across the Northwest and Boise area and in a variety of venues, including civic clubs, schools, churches and on the NNU campus. Made up of 12 vocalists and three instrumentalists, their principal repertoire includes vocal jazz, gospel, and contemporary jazz. The ensemble has traveled the world over the past 50 years, with tours to Great Britain, Spain, Germany, Poland, Sweden, Austria, Africa, South America, Australia and New Zealand. Their next performance will be in NNU's Little Theatre on April 29, at 7:30 p.m.