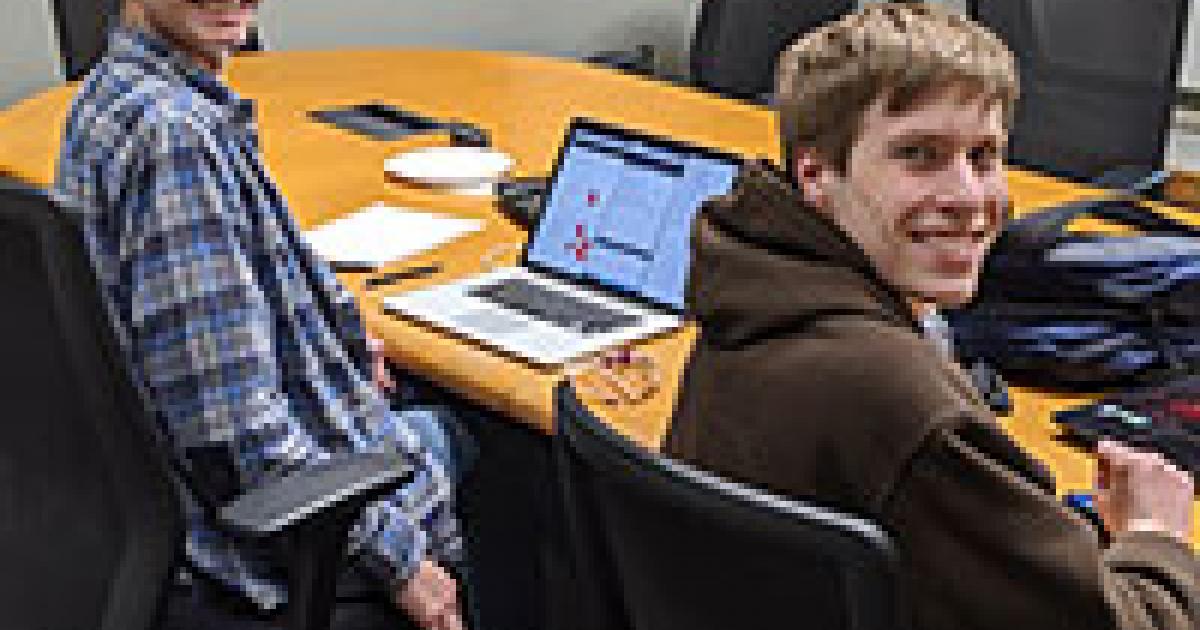 IEEEXtreme is a 24-hour computer programming coding competition in which students compete against each other to solve a set of programming problems, with one new problem per hour.

“The really great thing is that we got to spend 24 hours straight solving puzzles with computers. The ranking is just icing on the cake,” Winters said of the experience.

Last year, Cizmich and Winters were the only students who represented NNU at the 2018 IEEEXtreme competition. Teams for IEEEXtreme are generally composed of two undergraduate students and one graduate student, but NNU’s two-man powerhouse tackled the challenge on their own.

“I couldn't be more proud of the fifth place performance Jacob and Garrisen turned in, improving on last year's eighth place performance. Having the honor of mentoring high caliber students such as Jacob and Garrisen is a significant part of why I am so glad God called me to NNU to raise up the next generation of Christian software engineers,” said Dale Hamilton, Associate Professor of Computer Science at NNU.

“Competing in the worldwide IEEEXtreme competition not once but twice while at NNU has been an exciting opportunity for me, allowing me to practice my skills while encouraging me to push my limits while coding,” said Cizmich, who serves as chair for NNU’s IEEE student branch. “Although we only sent two students in one team to the IEEEXtreme 12.0 competition last year, we sent four distinct teams with nine total Engineering and Computer Science students to IEEEXtreme 13.0 this year! I would love to see NNU continue to send more teams to IEEEXtreme in the years to come.”