MORE than A BOSS - Dr. Rev. Fred Fullerton, Executive Director Emeritus of University Mission & Ministry, is commended for his work with the NNU community upon his retirement

MORE than A BOSS - Dr. Rev. Fred Fullerton, Executive Director Emeritus of University Mission & Ministry, is commended for his work with the NNU community upon his retirement 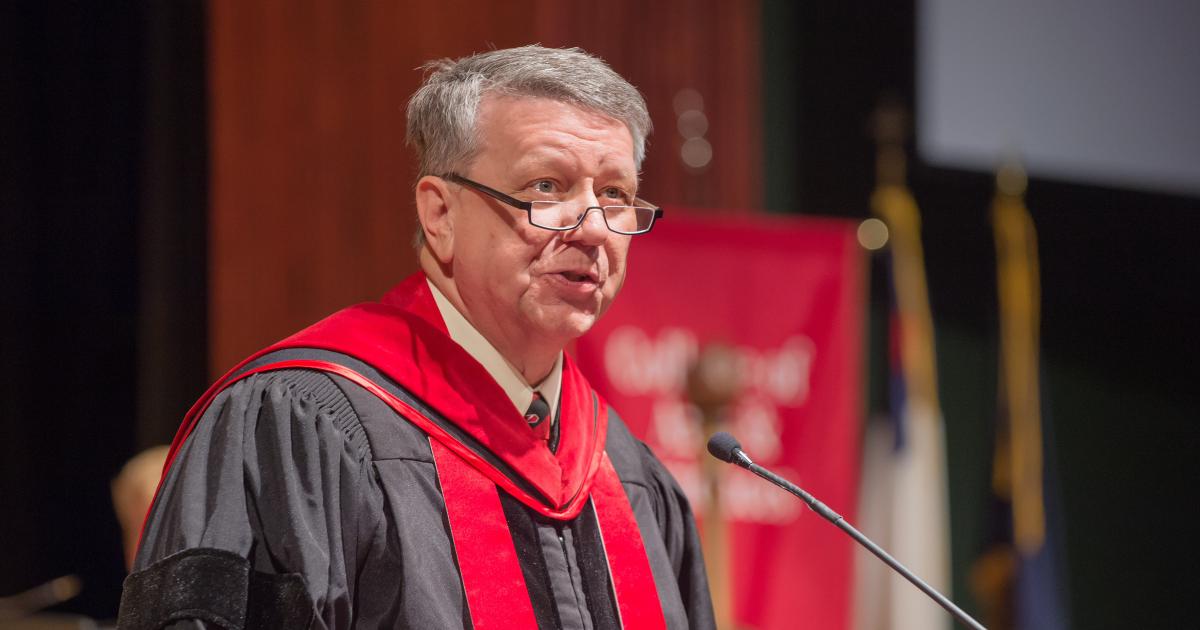 By Michelle Kuykendall, Administrative Assistant To The President, Class of 1981

Finding a word to describe Dr. Rev. Fred Fullerton is difficult. What word do you use for someone who is wise, kind, a pastor, shepherd, diplomat and encourager? All of these come to mind when trying to describe Fred.

Fred entered my life in April 2009 when he took NNU’s newly created position of Vice President for Spiritual & Leadership Development. Over the following eight years, I served as his administrative assistant. In this role, Fred’s tasks have been to lead the work of spiritual formation for the undergraduate programs at NNU, serve as the relational contact for the constituent churches of the Northwest Region, begin initiatives in spiritual formation for graduate programs and guide service opportunities for students to minister here in the Treasure Valley.

After Fred started, it quickly became evident how much of a blessing he was to our department and our campus. Fred sees the potential in people. He always believes in and empowers them to do their best work. Fred supports people in their endeavors, whether those be professional, personal or spiritual. Regardless of the setting he supports and encourages everyone he encounters. In addition, Fred is a wise counselor, and, at heart, he is a consummate pastor. He pastors everyone he encounters as a spiritual mentor and guide. Fred has the ability to be empathetic, to cry with people, but also to stand firmly for his beliefs. He cares for strangers. I have seen him laugh with students, mourn with employees and comfort the poor and the needy in the community. Countless times I’ve seen him astutely discern the needs of others and do whatever was in his power to help.

Fred became a personal leader and a mentor for our family in multiple instances. The most memorable was in May 2017 when my husband Steve and I both had major surgery. Steve had suffered with chronic kidney disease for several decades, and in 2016, was placed on the donor list. By the grace of God, I was a match, and in May 2017, he received one of my kidneys. Not only was Fred an understanding boss, providing encouragement, prayer, and the time off for the procedure, but he also insisted on being at the hospital with us in Salt Lake City during the surgery. I assured him he did not need to be, but he insisted. Arriving the day before the procedure, he proved a reassuring presence, spending the evening with us.

On the day of surgery, we were to report at the hospital at  6:00 a.m. Fred met us there. He offered prayer as we went into surgery and sat with our daughter and Steve’s sister for the duration of the surgery. He took them to lunch that afternoon and talked for some time with Steve’s sister, a board member at her home church, about their Nazarene connections. He stayed with them until after the doctors reported both Steve and I had come through surgery successfully. Fred offered comfort and kindness beyond what was necessary that day, and we were incredibly grateful for the support.

That day will forever solidify in my mind how Fred was truly a servant leader. The Center for Servant Leadership defines the servant leader as being, first and foremost, a servant.

It begins with the natural feeling that one wants to serve, to serve first…. The difference manifests itself in the care taken by the servant—first to make sure that other people’s highest priority needs are being served. The best test, and difficult to administer, is: Do those served grow as persons? Do they, while being served, become healthier, wiser, freer, more autonomous, more likely themselves to become servants?

It has been an honor to watch Fred minister to others and to be ministered to throughout these years.