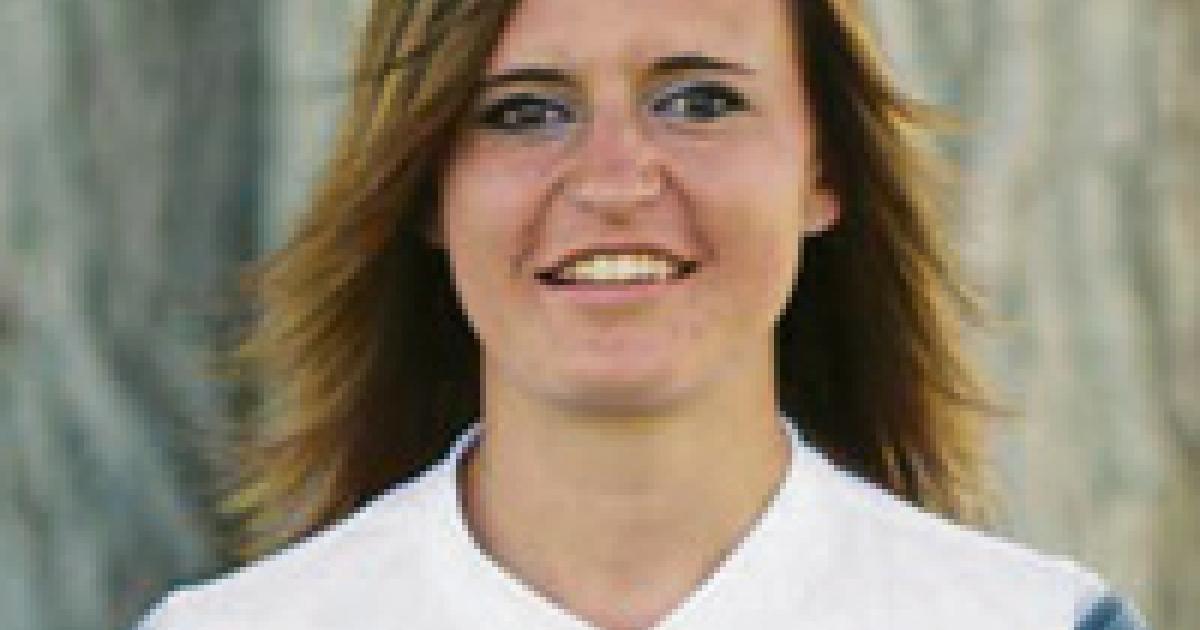 Chasing soccer has led Anita Maryskova around the world and across the country and landed her at NNU. Her journey hasn’t been easy, but she is learning that everything works together for good—and for a great soccer season.

Anita grew up in the Czech Republic, where she began pursuing her passion for soccer at the age of two. Her draw to the sport was so strong that she played competitively at five and was the only girl in the boys leagues she played in until the age of 16. But she didn’t just play, she excelled, making the boys regional all-star team and then playing on three women’s national teams and a German club team.

Soccer was not just a passion but an escape for Anita from an abusive home situation. The disappointment and anger she experienced at her father’s treatment of her mother, she channeled into her game. Ultimately, soccer became her ticket out of her family situation and out of the Czech Republic.

“Every single one of them was an inspiration to me in different ways. Some of them on the field, some off the field.”

Unfortunately, following her dream to play at an NCAA DI school in the US didn’t make everything okay. Challenges with the coach at her first college in California left Anita feeling once again deceived and powerless—and worst of all, denied access to her one safe place, the soccer pitch.

“Soccer was all I had, but then I didn’t even have that anymore,” said Anita. “I thought I was a failure. I couldn’t help my mom back home, and now I was failing here. I started blaming myself for everything. I thought maybe it was my fault that my dad was abusing my mom.”

Anita’s college experience turned from bad to worse when she developed a drinking problem to cope. Fortunately, a friend intervened, and Anita sought help. Instead of trying to cover her anger, she again put following her passion at the forefront and decided to transfer. But even this positive move was fraught with difficulty as the coach at the school she was headed to in New York pulled her scholarship at the last moment. She landed instead at Brevard College in North Carolina.

She played three successful seasons for Brevard and was named the team’s offensive player of the year her junior year. Anita graduated early with a bachelor’s degree in business leaving her with one season left of eligibility—that’s when she found NNU.

In her relationship with NNU’s Coach Mary Trigg, Anita experienced what had been lacking in many of her previous encounters with coaches and people in general—honesty and genuine concern. “We talk about everything. What made it that way is mutual respect and honesty. We’re really straightforward with each other,” said Anita of Trigg. “Mary would text me and follow up with me and see how I’m doing. You can tell that they care here.”

Anita has been pursuing an MBA while playing a single season of soccer for the Nighthawks. Even in that short time, she has experienced not only great success on the field—enjoying a historic season in which the team made the GNAC tournament for the first time in NNU’s history—but also true teamwork built on trust. Of her teammates, she says, “Every single one of them was an inspiration to me in different ways. Some of them on the field, some off the field.”

Trusting the people around her is a marked change for Anita. “I don’t trust people ... because I’ve been burned too many times,” she says. But that is beginning to change as Coach Trigg and her teammates demonstrate love, grace and honesty. At NNU, Anita is finally experiencing something she hasn’t felt much of in her past—a sense of family. Her teammates even call her “Grandma.”

Coach Trigg’s feelings about Anita sum up her NNU story well: “Anita has been a great addition to our team on and off the field. She has a great heart and passion for the sport. She has made her impact on our program here, and I know NNU is making its impact on her.”

Anita played midfielder for the women’s soccer team. The Nighthawks set the record for most wins in a season (11), most conference wins (7), most shutouts (9), and first playoff berth as an NCAA Division II team. Additionally, Head Coach Mary Trigg was named the GNAC Coach of the Year.