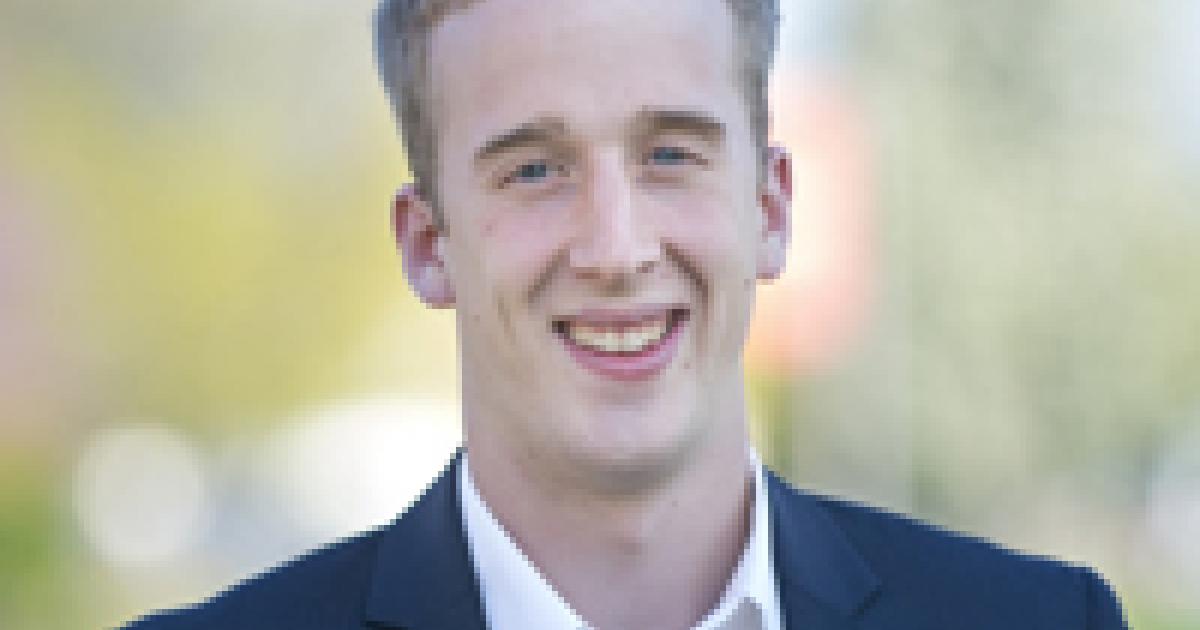 Recent graduate Phil Haunschild (’17) majored in international studies with a financial economics minor during his time at NNU. In 2016 he was awarded the Values & Capitalism 2016-17 Young Scholar Award, which fosters academic research and exposition through a $5,000 scholarship. Through this scholarship, Phil had the opportunity to complete all of his research firsthand in Amman, Jordan, where he spent the fall semester of his senior year studying with the BestSemester Middle East Studies Program.

“Phil’s research work for the Values & Capitalism program at the D.C.-based American Enterprise Institute was highly commended by their renowned scholars for his quality field work at the refugee camps and the immediate application of his findings to policy decisions at an international level. It was my great pleasure to guide Phil’s research as I too learned much more about international economic policy aimed and the plight of those displaced by the crisis in Syria,” said faculty sponsor, Dr. Pete Crabb, professor of finance and economics in the School of Business at Northwest Nazarene University.

Phil lived in the Middle East for a total of 14 weeks: ten weeks in Jordan, two weeks in Israel/Palestine and a week in both Morocco and Egypt. The classes he took analyzed contemporary conflicts in the Middle East, the cultural dynamics of the region, the meaning of religion in past and present times and also Arabic. He referred to his studies as largely interactive, with frequent site visits, guest lecturers and the chances to travel in order to see the region as a whole.

A large part of Phil’s time in the Middle East was spent conducting research for his senior thesis through the grant he received from the Values & Capitalism 2016-17 Young Scholar Award. He focused on the impact that Special Economic Zones can have in Jordan as a tool for alleviating challenges that have come from the Syrian Refugee Crisis. He found that these designated zones are not an effective means for solving the country’s refugee crisis, but instead could be detrimental to Jordan’s future if handled improperly. He arrived at this conclusion by observing that these zones are prone to corruption, rely heavily on foreign labor and are subject to complex regulations that are difficult to follow.

“As a senior thesis, this [experience] has really allowed me to approach my education, not as disparate parts, but one holistic body. In performing this research my hope was to live out NNU's mission statement, to be a redemptive agent in this world. I wrote in the prospectus for this thesis a full year ago: ‘I intend to influence the public policy of the nation of Jordan and the UNHCR to introduce changes to their policies for leaving refugees out of the economy.’ Jesus said to his disciples long ago, 'Truly I tell you, whatever you did for one of the least of these brothers and sisters of mine, you did for me' (Matthew 25:40). This is the ultimate goal of this research to fulfill God’s purposes on this earth, to bring justice to ‘the least of these,’ most desperately in need,” Phil said.

His final research paper focused on two main points. First, the impact that these zones can have on the welfare of refugees by opening up opportunities for employment. Second, the impact that these zones will have on the economy of Jordan itself. Much of Phil’s time was spent with refugees spread throughout the country, and many said they felt there were still major barriers to working in Jordan like low pay, fear of regulations and distance from work, to name just a few. He performed all his research in Jordan, speaking with Syrian refugees, interviewing humanitarian workers in the country, studying statistical databases and discussing with Jordanian industry leaders.

Phil presented his research in Washington, DC in April 2017 and is now back in Boise. He currently works as a policy analyst for the Idaho Freedom Foundation, and in five years plans to be working towards a graduate degree or working in diplomacy in a US embassy overseas.