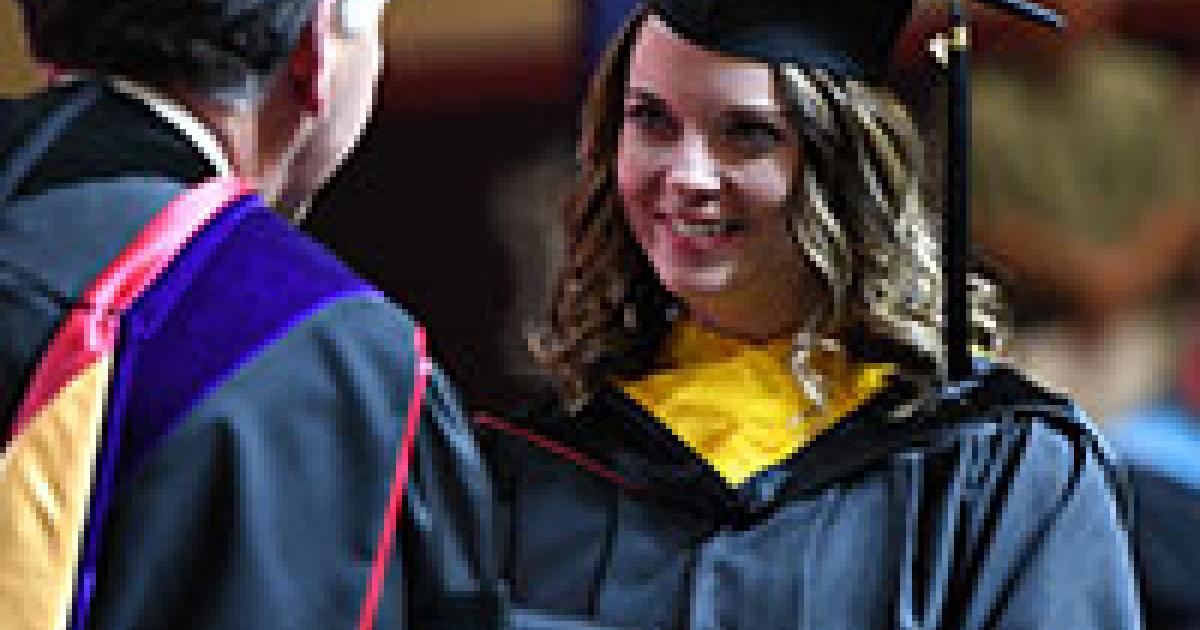 NNU holds a special spot in many people’s hearts, but for Leanne Bennett Kendall, it was so much more than that—this place is part of her family’s history, dating all the way back to 1913. NNU was often talked about in Kendall’s household while she was growing up, but there was never pressure for her to attend. She and her three siblings were always encouraged to explore all of their options for college and find the best fit for each of them individually.

Kendall comes from a long line of NNU and Nazarene traditions, on both sides of her family. In 1913, when the Idaho Holiness School first began, Kendall’s great-great- grandfather, John Endsley, was at the forefront of it all, working directly under the founder of the school, Eugene Emerson.

Next down the line is Kendall’s great-grandmother, Lucile Endsley Walton, along with her half-sister Ruby, who were two of the first 13 students to attend Idaho Holiness School.

Kendall’s parents, Gary and Cheryl Bennett, are also alumni of the university, graduating in the late 1970s. Cheryl spent her career as a school teacher and Gary has served as a pastor for the last 36 years in Canada.

“This phenomenon of an unbroken chain of five generations of our family with NNU, going back to the very beginning, wasn’t planned or orchestrated,” said Leanne’s father, Gary Bennett.

From the start in 1913, the university has been a space where Kendall’s family members could explore education and discover who they were as people, and it also provided a space that made education accessible.

“I think this institution offered the generations of our family a place to struggle in our own individual ways, and each of us was given an opportunity to find our own unique and personal faith in Christ,” Kendall said.

“I remember my grandmother Lucile Endsley Walton telling me of some of the hardships endured at the Idaho Holiness School in 1913, of cold winters and lack of heat and all-night prayer meetings which would result in miraculous provisions of coal the very next day,” Bennett added.

“We have all attended NNU at formative years in our lives, and this place has given all of us direction,” Kendall said. “I know that every single one of my family members could say that they grew exponentially as a human during their time with the university.”

One important piece of the family story that Kendall always comes back to is the women in her family who pursued secondary education during times when educated women were questioned.

“They were pioneers during that time, and that’s valuable. It has taught me to not take for granted the opportunities I have been given. It’s a huge part of our story,” she said.

This desire for education in Kendall’s family, especially the women, has instilled in her a yearning to become a better version of herself. Apart from her Master’s degree, she is also leaving NNU with a continued passion to be a lifelong learner.

Today, Leanne Bennett Kendall is a 2019 graduate with a Master’s degree in School Counseling. Although her undergraduate degree is from Ambrose University in Calgary, Alberta, she still found her way to NNU. She is proudly a fifth-generation NNU graduate and treads with honor the campus that has been so foundational for the family members who came before her.

When Kendall was considering where to get her Master’s degree, she looked at various schools, but, in the end, felt the most valued at NNU. She described it as being looked at as a person and not just another number to fill a quota, which made all the difference.

“The NNU education addresses the whole being,” Kendall said. “It’s about who you are and the growth that you’re making as a person.”

While working toward her degree, Kendall also worked in counseling at an alternative high school in Boise.

“All of the NNU professors and advisors were so supportive of the work I was doing, which made me excited,” she said. “I also loved that NNU was available during weekends and evenings. That was huge for me, and I continue to be impressed with the professors and their process to make sure that the people they accepted into the program were a good fit for the program but also the university.”

Kendall is now leaving NNU prepared and ready to take on the world. She was recently hired at Eagle High School to be a school counselor and will start full-time in that role when the fall 2019 semester begins.

Reflecting on her growth at NNU, Kendall said, “In order to grow and develop, you need to have a period in your life to explore. And you need to do that in a safe space. I had that at NNU. They care about you as a person and are not trying to lead you astray.”

The Nazarene tradition, a love for learning, and passion for God have connected Kendall to her ancestors, and NNU has been at the center of it all for over 100 years.

“I am not the same person as I was when I entered,” said Kendall as she reflected on her past three years. “I have found purpose and meaning in the world. I have found a higher calling where I’ve been able to impact people and also been able to explore in a healthy way.”

The legacy that this family continues to uphold is what makes NNU such a special place to be. The years our students spend here shape them to become the world’s redemptive agents. There is no better example of that than Kendall’s family line.