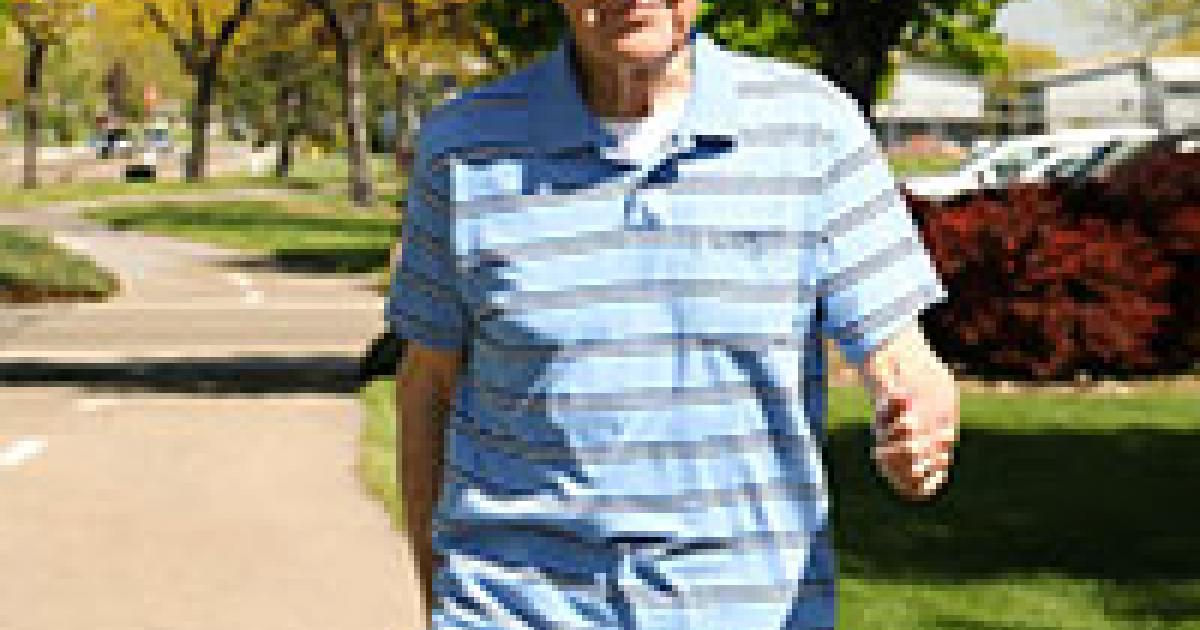 Last month, Jerry Hull, a retired NNU professor of social work, celebrated his 81st birthday by walking 81 miles to raise money for the Salvation Army. An incredible feat for anyone to accomplish, I was instantly intrigued. I had the opportunity to sit down with Jerry and learn more about his mission with the Salvation Army and the backstory of it all—a story I am excited to tell.

Jerry Hull came to NNC in 1956 from Ontario, Oregon. Having felt a call to ministry in high school, he began his journey towards becoming a pastor majoring in theology, Bible and history. During his first year on campus, Jerry discovered that he enjoyed being a student and that he wasn’t half bad at it, either. This led to a slight shift in his ministry goals, switching gears from focusing on becoming a pastor to potentially teaching at a Nazarene university.

In addition to being a student, serving as a class officer and adjusting to college life, Jerry met someone special that first year on campus: his future wife, Barbara. During my time with Jerry, I also had the privilege of meeting Barbara. With a big smile on his face, Jerry told me about finally getting the courage to ask her on a date their sophomore year and taking her to a campus movie event. They were married after their junior year, and have been serving together in a variety of ministries ever since. The couple has two children and just celebrated their 60th wedding anniversary.

In the years after graduation, Jerry and Barbara were quite the travelers. Jerry went on to get his Master of Divinity from seminary and then the couple moved to Colorado where they planted a home mission church. From there they moved to Nebraska where Jerry got a master’s degree in sociology from the University of Nebraska, and then to Nashville where Jerry taught at Trevecca Nazarene and took on another master’s program in social work.

In 1978, Jerry was asked to return to Nampa to teach at NNC, and the Hulls’ nationwide travels finally came to a close. While Barbara ran the campus bookstore for 21 years, Jerry taught in the social work department for 32 years. ...And here’s where the Salvation Army comes in.

When I asked what got him started with the Salvation Army, Jerry said he’s always admired and appreciated what the ministry stands for. Having lived in the Denver area in the 1960’s, a time of social and political unrest, he saw first-hand the extreme social need and distress of society. He decided then that he didn’t want to teach theology and Bible alone; the mission of the Church and Christ’s followers went deeper.

Starting to volunteer himself, Jerry quickly got his students involved with the organization as well. Together they did volunteer work for the Salvation Army, as well as field experiences and internships. These experiences taught his students how to intervene on behalf of the people the Salvation Army works to help, as well as the knowledge of what it’s like to work in a social service agency.

Though Jerry’s time at NNU came to a close with his retirement in 2010, his connection to the Salvation Army still continues and he currently serves on their advisory board. I asked what has kept him around for so long and what sort of impact the Salvation Army has had on his life. He answered with a thoughtful smile, “That’s a very good question.”

“What I have gained from the Salvation Army is becoming involved and acquainted with some very devout people who are very committed in the name of Christ to benefit humanity, especially the poor. They work with the poor, the addicted, the mentally ill, and they work for the homeless. They have continued to teach me and lead me to participate in those kinds of important areas of ministry.”

During the summer of 2018, Jerry noticed that the Salvation Army was in need of new ideas to raise funds, as the organization’s work grew more expensive with special summer programs. While searching for ideas, he had a creative thought that is best explained in his own words: “I’m gonna turn 80, why don’t I walk 80 miles in two weeks? That might be a novel thing to do.”

As successful and impressive his first walk was, Jerry didn’t stop there. This May, he took it up a notch and walked 81 miles in honor of his 81st birthday. With roughly 50 fellow walkers and asking for donations of $0.81 or $81.00, Jerry raised just as much money for the organization as before. “When you live to be 81 years old, you have a lot of time to do things,” he laughed.

Having gone two summers doing what I believe no other 81-year-old Idahoan has ever done, Jerry is nothing short of inspiring. When I asked if he was shooting for 82 miles this upcoming year, I was met with a full-hearted, “Yes!” He then went on to say, “82, 83, 84, 85…[but] I’m going to quit at 85. The Lord-willing and I’m still able to do it, I’m going to keep going. Lord-willing being the key phrase.”

My meeting with Jerry and Barbara is an interaction for which I’m grateful. They are beautiful examples of following the Lord’s call on their lives and dedicating their everything to His glory. I was inspired by Jerry’s compassion and drive to make a change in the world around him, and I hope to take what I learned from his story into my own interactions.

Be sure to keep an eye out for Jerry’s 82-mile walk for the Salvation Army next May; you may just find me out there with him.