In Memory of Junella Finkbeiner Hagood

In Memory of Junella Finkbeiner Hagood 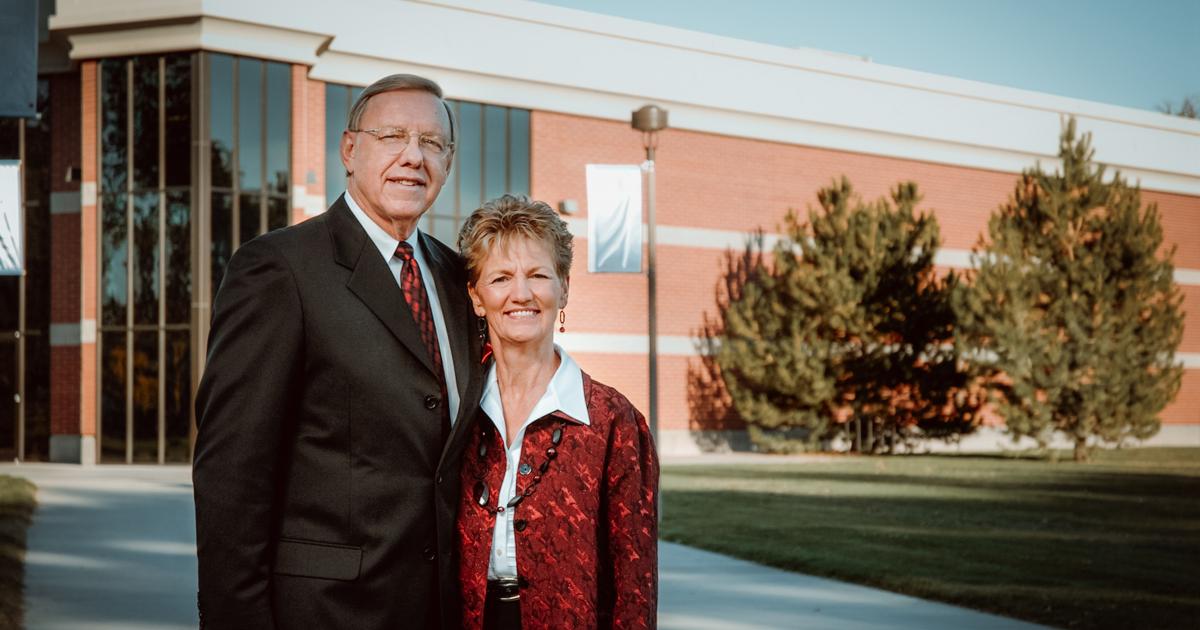 Former First Lady of NNU, Junella (Finkbeiner) Hagood, went home to be with the Lord on October 30. Junella served as First Lady alongside her husband, President Richard A. Hagood, from 1993 to 2008. Throughout her life, Junella was a great supporter of her family and of Northwest Nazarene University.

“Junella was a supportive partner to President Hagood and an exceptional First Lady,” current NNU President Joel Pearsall said. “She was as kind as she was wise, and committed to prayer for NNU and others as she continually lived out her calling. Junella was loved by her family, the entire NNU community and all who knew her. Junella will be greatly missed.”

Junella is survived by her husband Richard Hagood; daughters Heidi Sue (and George) Zickefoose and Holly Sue (and Daniel) Mack, and son Lincoln (and Debi Sue) Hagood; and her grandchildren, Alexandra, Korte, Nate, Kendra, Jackson, Annabella, and Harrison; her brothers Paul and David Finkbeiner; a brother and sisters-in-law, and numerous nieces and nephews. She is preceded in death by her brothers Arnie and Myron Finkbeiner and sister Sharon Larsen.

A memorial service celebrating Junella’s life is scheduled for Sunday, November 14, at 3:00 p.m. at Nampa College Church of the Nazarene.

Please join us in lifting up the Hagood family in your prayers.