Highlighting the “student” in student-athlete

Highlighting the “student” in student-athlete 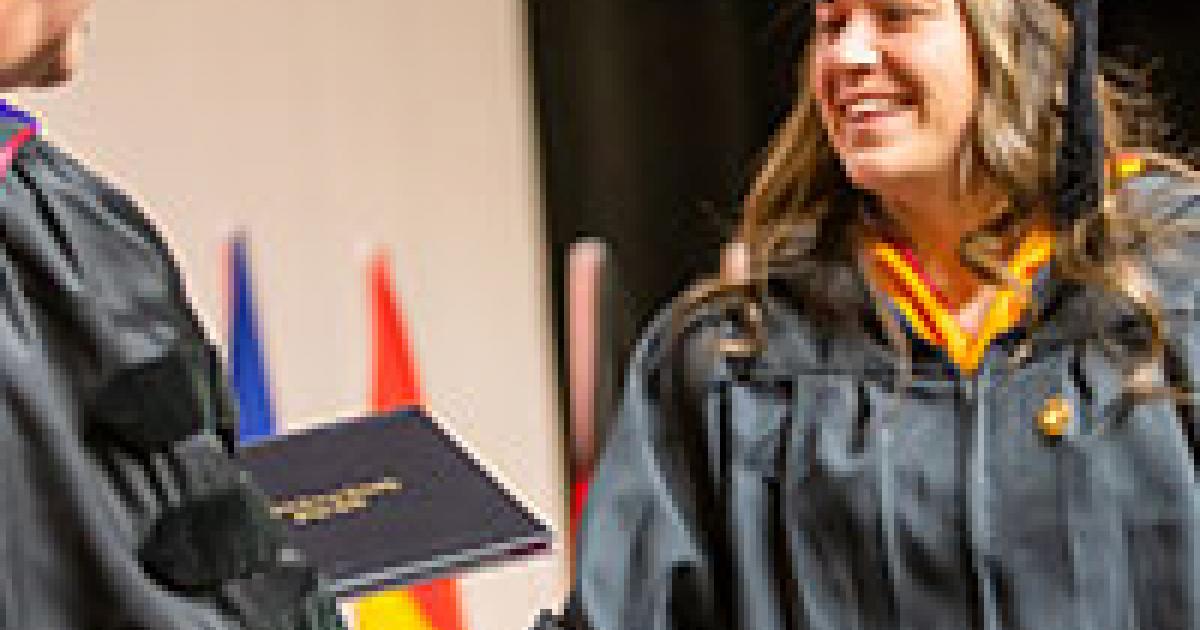 As a high school senior, Abigail Otto was stubborn. She was being recruited by a myriad of schools in the Northwest and beyond for her softball skills, but she was adamant that she wanted to major in nursing. Playing a team sport while pursuing a nursing degree is basically unheard of, so school after school told her it wasn’t possible.

She persevered, though, and eventually was sought out by NNU. While she had never heard of Northwest Nazarene University, the magic words from then-assistant coach Joel Oliver made it an easy decision to come to Nampa.

“They told me they had athletes do nursing all time,” Otto said. “When I came here, it wasn’t guaranteed that I could play all four years while doing nursing, but they said they would try.” And try they did.

Head coach Rich Wagner and the nursing department’s athletic adviser Dr. Jan Crabill had countless meetings with Otto to figure out how she could navigate the difficult requirements of the degree and still be able to play her sport of choice.

“We’re one of the few schools in the Northwest who will even allow athletes to be nursing students,” said Crabill, associate professor of nursing. “We work really hard with their schedules to make it fit, but it doesn’t always work. We can almost guarantee we can get them through sophomore year. After that, it depends on the sport and the coach and the schedule.”

“I think we all came to the conclusion that professional volleyball wasn’t in their future and this was their future,” NNU volleyball coach Doug English said. “So, how are we preparing them for the future, which is kind of the point of college? You want them to find their purpose in life after volleyball and how NNU can get them there.”

That’s a goal that is present throughout the athletic department. “At some point, all of our student-athletes will be done competing and perhaps will become husbands and wives, or mothers and fathers, or work in a really challenging profession across the globe,” NNU Athletic Director Kelli Lindley said. “The fact that NNU strives to emphasize and develop habits of heart, soul, mind and strength enables our student-athletes to flourish in an ever-changing world.

“While athletics teaches them so many outstanding character qualities—hard work, perseverance, teamwork, humility—we also work hard to ensure they are as prepared as possible for all the various roles they may fulfill throughout their lifetime.”

While all coaches at NNU want to win and recruit the best athletes possible, academics also plays a huge role in recruiting. With limited athletic scholarship money, coaches like Wagner and English seek out student- athletes with good grades who can receive help paying for school from the other side of campus.

While the softball team has been enjoying unprecedented success on the field the last two years, they have also been dominating in the classroom. The program placed nine players on the Great Northwest Athletic Conference all-academic team, four of them making the team for a third consecutive year. Besides Otto graduating with a nursing degree, the group also features two players who are graduating with honors, a senior taking 23 credits to finish school on time, and an elementary education major who juggled student teaching with playing her senior year.

“We all just work really hard, honestly,” senior Cassidy Fifield said. “We are goal driven, and we are stubborn. We don’t like to fail. We are willing to put in the work to be successful, and I think that carries over into our athletics, too.”

“We are just good at putting into perspective why we are here,” Orr said. “Our whole team works hard. From the time we came in as freshmen, we had something to prove. We had that standard of excellence of working hard on the field, and it translated into the classroom.”

Fifield plans to pursue a job in forensics or environmental chemistry, while leaving the door open for more schooling.

Orr is hoping to land a teaching job in the Boise Valley. She was named the student teacher of the year for secondary education students this spring and was able to complete her student teaching in the fall so she didn’t miss any time on the field.

Teammate Lauren Bassett wasn't so lucky. The Nampa, Idaho native didn't travel with the team until March 29 because of her student teaching responsibilities.

“It was hard seeing the team travel and not being able to be there,” she said. “Just not to be able to be a part of the successes and failures and even the social part of it was tough, seeing them on road trips and doing fun different activities.”

The elementary education major is a three-time GNAC all-academic team member who recognized that her long term job goals came before her sport of choice.

“I think it’s kind of hard to balance, but having a team and a coach that is so flexible with my schedule has been great,” she said. “I arrive at practice at 4 p.m. every day, and the players are never asking why I wasn’t at practice or why I’m late.

“We help push each other a lot, and we all know that our careers and our school come before softball. I think that is a culture that NNU has really done well with.”

That is a culture that took Anna Williams some time to figure out. The psychology major transferred to NNU her junior year from Walla Walla Community College. Williams struggled with her time management initially but has improved during her time in Nampa and is now taking a whopping 23 credits to graduate on time.

“I finally figured it out my senior year, so that is nice,” she said. “Being around people who are so self-disciplined helps push you. Sometimes you have to do things you don’t want to. You give up sleep for sports, but now it’s like, ‘I have to write this paper even if I don’t want to.’”

The success in the classroom for the student-athletes doesn’t just end with softball but is present throughout the athletic department.

NNU has won the GNAC’s Academic All-Sports Standings three of the last four years and seven times overall. These standings are determined by a points system that takes into account the GPAs of each sports team. The Nighthawks won the men’s and women’s titles as well, giving the men seven titles and the women 10.

All of that has been true for Otto and the other nursing majors before her. From taking tests online to missing practices because of clinicals, NNU’s faculty and coaches have worked together to help student-athletes fulfill their majors of choice. And, of course, the students themselves have taken advantage of that by pouring in hours to finish their degrees.

“You have to have really incredible time management skills,” Crabill said. “You have to have good communication skills, because you have two bosses—coach and the faculty—and they have to manage that really well. Our major doesn’t do any do overs or extra credit, so you have to do everything right the first time.” For Otto that has meant some serious struggles on and off the field, though she has never missed any games in her four-year career because of school.

“Sophomore year was the hardest year of my life,” she said. “I just kind of learned to communicate early with my professors and show them I was really into nursing and that I was really into softball at the same time.

“I definitely made nursing my priority, so they respected me more and then gave me that leeway a little bit to work with my schedule. It’s been a process—and a hard one—but I’m thankful for it.” Now, she gets to pursue her calling in life to serve others in a nursing role and to help them through difficult times.

“I like to help people out,” she said. “I felt like I could do my best work in the world if I was helping people every day and making a difference in people’s lives every day.”