Growing Where You Are Planted

Growing Where You Are Planted 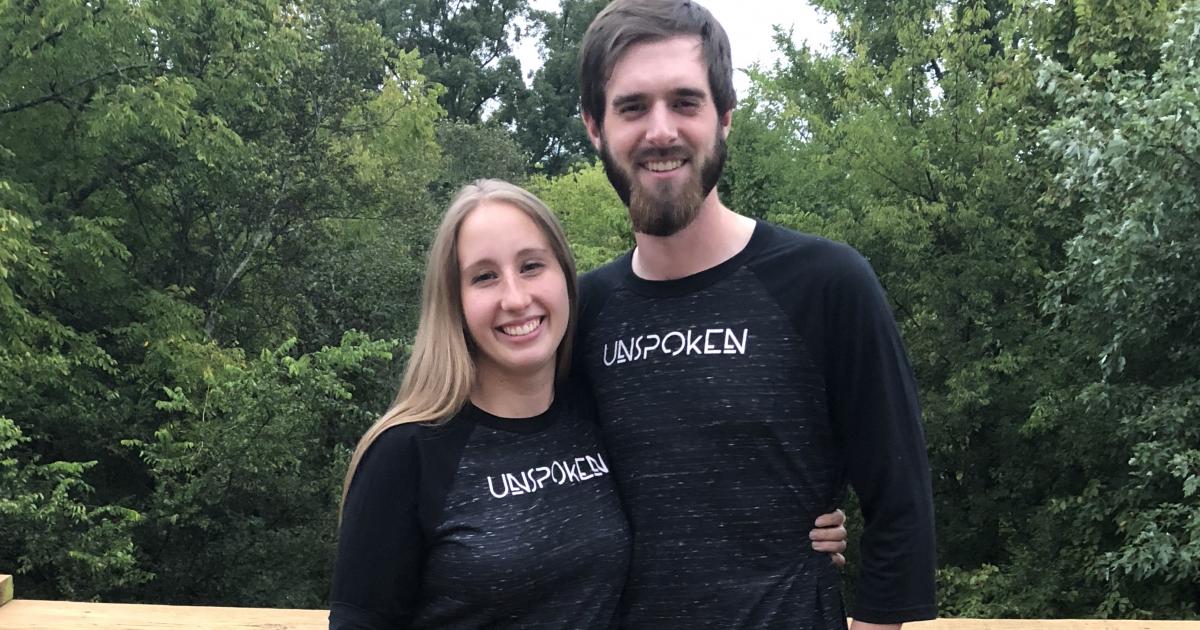 NNU aims to build a community that stays connected wherever people go,” said Braedon Gerdes (’17), and he and his wife Annaliese (Fereday, ’17), have embodied that goal. The couple has traveled widely in the three years since leaving NNU, building their careers in the music industry as freelance production contractors based out of Nashville, Tennessee.

They have developed their individual strengths to become an in-demand duo in the Christian music scene working on tours for well-known artists like Unspoken, Plumb, Natalie Grant, I Am They and Michael W. Smith.

Both graduated from NNU with degrees in Music Industry and a calling to represent Christ from behind the scenes—together. Braedon is a lighting designer and Annaliese, an LED tech and video designer. Their skills help make large scale concerts the engaging spectacles that are so unique to the live music experience.

“When we graduated, we felt called to tour together as a married couple ... and [we felt] called into the Christian realm of touring,” Annaliese said. “I feel like it’s our calling to go out and be transformative agents in that we are the background of these Christian events that are really reaching out to people. It’s really great to represent NNU in a way that is so directly involved with bringing people to Christ.”

The couple took a risk to follow their dreams to work in the competitive music scene and transplanted from Nampa to Nashville shortly after finishing up at NNU. Despite having connections in the area due to their semester studying at the Contemporary Music Center while students at NNU, work was scarce, especially because they were committed to only taking tours in which they both would have a role.

Then an unexpected call from the band Unspoken looking for a lighting director changed everything. After some negotiation about how Annaliese could also find a role on the tour, some initiative and new learning on both their parts and a fateful callback, the Gerdeses packed for their first tour and began life on the road.

Touring with popular bands and working behind the scenes is an unique lifestyle that quickly became routine for the Gerdeses. The exhausting schedule of long days testing, managing minute details, working with volunteers to put on and then tear down a show that often lasts into the early morning hours and then going “home” to catch a little sleep in cramped communal living quarters on a bus doesn’t necessarily sound like a dream job. Yet seeing an amazing concert experience come together successfully each night is a constant reminder of why they are so passionate about what they do.

Braedon said that the most rewarding part of the job is “building a concert for people who are just excited to come see what’s happening. What we do is cool. It’s fun to have a job where people come and are really excited to see what you’ve done. They don’t know you did it, but they are so excited to just have an experience.”

The Gerdeses attribute some of their success to the patience and grace learned and shown in
the NNU community.

“The way community is built at NNU does teach you how to grow as a team and with
people instead of just as an individual,” said Braedon.

In addition to being skilled technicians, their professionalism and Christ-like attitudes amidst the chaos and many moving parts of the concert staging process have made the Gerdeses stand out as desirable teammates. Growing where you are planted becomes difficult when storms
come as the Gerdes know intimately. But their roots go deep and they are confident they can weather the storms—both literal and figurative—that hit Nashville and their industry this past spring.

Both a serious tornado and COVID-19 have hit Nashville especially hard and have effectively halted nearly all aspects of the music industry. Thankfully, the Gerdeses have learned to be wise and strategic in their lives knowing that freelance work can be feast or famine. Because of their thoughtful planning and preparation for possible challenges, Braedon said, “We can be a rock in the storm for people who are willing to say, ‘Hey, I can’t do this by myself right now.’”

From transforming their lives with a step of faith in moving to Nashville to adapting their skills to whatever was needed to make their careers work to leaning into their hurting new community in challenging times, the Gerdeses are not just growing but thriving.

Braedon said, “We are here for good because we know our goals and we know what we stand for.”

Annaliese explained that during her time at NNU, “I realized that Christianity wasn’t just some life preserver to get to heaven, that it was more of a lifestyle that was a beautiful thing to live out.”

The Gerdeses are truly living a lifestyle of faith and excellence where they have been planted. Regardless of the challenges in the future, these up-and-comers will continue to transform themselves and their community for good.