Grounded: On and Off the Field

Grounded: On and Off the Field 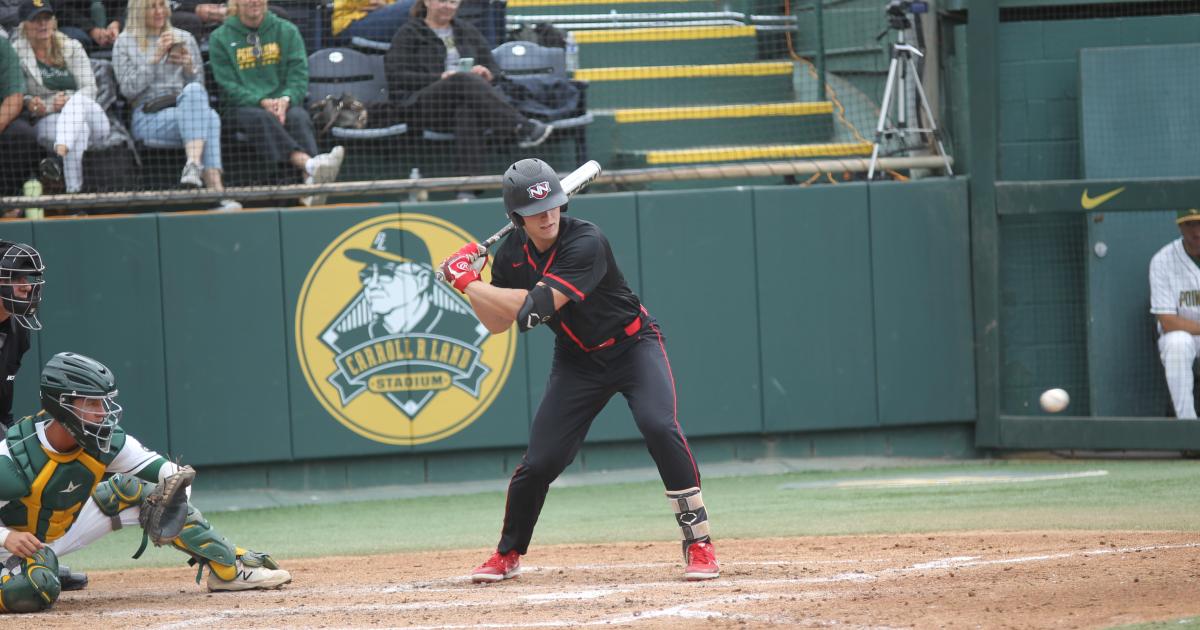 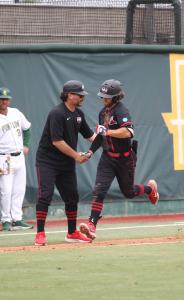 For those who have played or followed baseball, they know that at any time, a curveball can be thrown, changing the direction of a game. So is it in life when a curveball redirects a person from any preexisting plans.

The story is no different for NNU baseball. NNU’s baseball student-athletes navigate multiple things at once—classes, relationships and extracurriculars—along with the demands of being a collegiate baseball player: early morning lifting, daily practices and four games a week that can last up to four or more hours apiece. It can be overwhelming at times as each athlete has multiple demands on their time and energy.

To be a Division II athlete, players already have high levels of talent, work ethic and baseball knowledge even before they step foot on campus for the first time. When they are most susceptible to an unanticipated “curveball,” though, are the times off the field where they may feel overwhelmed or like they don’t belong.

NNU head coach Joe Schaefer and the rest of his coaching staff know that building quality relationships with each athlete is crucial to the success and well-being of their players. This provides a foundation to help student-athletes navigate the tough times that inevitably come.

“For me, being a collegiate coach is all about forming and building relationships,” said Schaefer. “That starts in the recruiting process, identifying kids I know are going to buy into what NNU has to offer—not just from a baseball standpoint, but from a spiritual, faith and academic standpoint. And then once they’re here, we continue to build those relationships. More than anything, I think it’s about that and trying to speak into our student-athletes’ lives through the game and through the opportunities on and off the field.”

When Schaefer arrived at NNU in the fall of 2018, he knew that Nampa was a place he wanted to be. He had spent the previous 15 years as a coach at Point Loma Nazarene University in San Diego after competing at PLNU as an athlete on the baseball team. From that experience, he knew he wanted to be a part of a faith-based university where he could integrate his faith into his job on a daily basis.

“I couldn’t imagine working anywhere other than a Christ-centered university,” Schaefer reflected. “I believe the Lord lined everything up in getting us here …specifically to NNU, because the opportunity checked so many boxes of where we wanted to be.”

Many of the student-athletes take lead roles in integrating this intentional faith-based approach throughout the baseball program. Senior outfielder Ryan Dearing is a Fellowship of Christian Athletes (FCA) Huddle leader, organizing events and being an influential leader on campus. Dearing and junior pitcher Brock Moffitt also lead a weekly team Bible study, as well as team devotions whenever they are on the road.

“I’ve offered to be a part of it and will help out whenever needed, but generally Brock and Ryan take the reins and do it themselves,” said Schaefer. “I couldn’t be happier in trusting that they are great leaders and influences on their teammates.

“I think sometimes when the coach is involved, some of the players might not be eager or open to sharing things. When it’s player-led, they may be more open.”

The Nighthawks are active in service both on campus and in the community, embodying a Christ-centered approach to their lives and actions. In addition to FCA, the team visits elementary schools in the area, interacting and playing with the kids and giving talks about the values of hard work and leadership. They volunteer at local youth softball tournaments umpiring games and doing field work. A couple years ago, they also put on an event for the Make-A-Wish foundation, hosting a Halloween-themed cornhole tournament with proceeds going toward the foundation’s efforts.

Following Schaefer’s arrival, the baseball program has also flourished on the field. Entering the 2022 season, he had compiled a 68-41 (.600) record at NNU. During his tenure, Schaefer has also taken the Nighthawks to the GNAC Tournament in both seasons the event was held. In 2021, the Nighthawks had the best season in program history, and arguably for any team in NNU’s Division II history.

NNU went 35-10, claiming the GNAC regular season title, GNAC Tournament championship, NCAA West Region title, and finishing in the top six at the Division II College World Series. Grant Kerry was named an NCBWA All-American, consensus First Team All-Region selection, several of the student-athletes received recognition for their outstanding accomplishments and Schaefer was named the consensus West Region Coach of the Year and the GNAC Coach of the Year.

Even with the prowess that the Nighthawks have displayed in competition ever since he arrived in Nampa, Schaefer still reiterates that the most important thing he does with the players is to build relationships and work toward developing his athletes into the best men they can be. His hope is that once their playing days are over they are well-prepared to take on any curveballs life may throw at them.

“More than anything, I hope [our student-athletes] grow and mature in every area. I hope they leave here better baseball players, but I hope they also leave here as men—growing in character and growing in their faith.

“By the time these guys graduate  and move on, we want them to have grown immensely and enter the world as strong leaders that make a positive difference in their communities.”