From Corlett Hall to Freak Alley

From Corlett Hall to Freak Alley 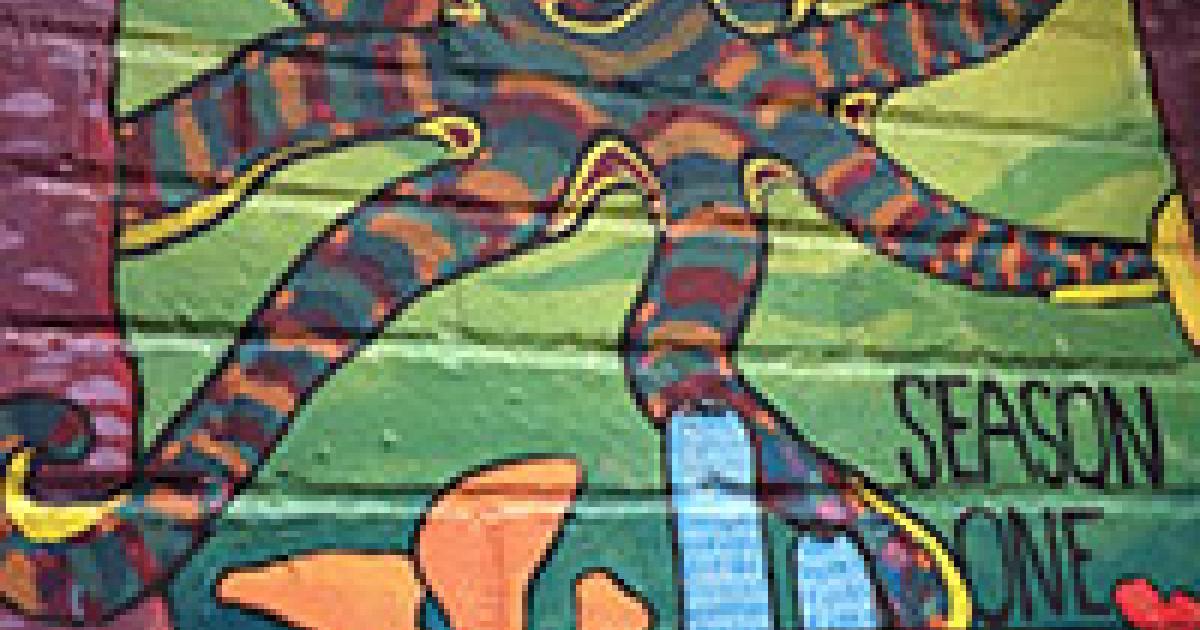 Freak. Defined in the Merriam-Webster Dictionary as being markedly unusual or abnormal, this term is one that often comes with a variety of negative connotations. For one of NNU’s students, however, it came with an exciting glimpse of her future. Sarah Eddy, junior from Sandpoint, Idaho, recently got one of her paintings featured in Freak Alley, an outdoor modern art gallery in the heart of Downtown Boise. Her first piece to ever make its way beyond the art scene of NNU, Sarah greeted the word “freak” with open arms.

Sarah’s “Season One” painting is a fun, playful image of a cartoon octopus she found herself sketching while on desk one night as an RA in Corlett Hall. As a way to encourage putting herself out there, Sarah’s roommate suggested that she submit one of her pieces to Freak Alley. She decided there was no hurt in trying, so she took a picture of her sketch, sent it to Freak Alley’s website and got accepted. Within the week, she had secured a spot for her piece and in the week after that, Sarah traveled to Freak Alley to bring both her dream and her sketch to life.

Sarah admitted that the process of sending in her piece was nerve racking because it was the first time she was submitting art somewhere other than NNU. Once she got past that initial fear of taking the risk, she explains that having her art accepted into Freak Alley gave her “a boost of confidence and a second wind to put things out there because otherwise, [her art] would just sit in a desk drawer.”

Sarah is pursuing a career in secondary art education, which will allow her to stay involved in art while also pouring into the lives of high school students. “High schoolers are coming into a time of trying to brand themselves and fit in. Art is an important outlet to take what they’re passionate about, create something unique to be proud of, and share it with others,” she explained.

NNU has pushed Sarah in her journey as an artist and encouraged her to put herself out there to share her art with the community. She’s very grateful for the art program at NNU and for their outward focus. She’s looking forward to being able to pour into young students and teach them how to maintain their creativity as they grow older, as NNU has been able to teach her and boost her confidence in her abilities as an artist.

Be sure to visit Freak Alley and check out Sarah’s painting, and see for yourself why she loves the city of Boise so much.