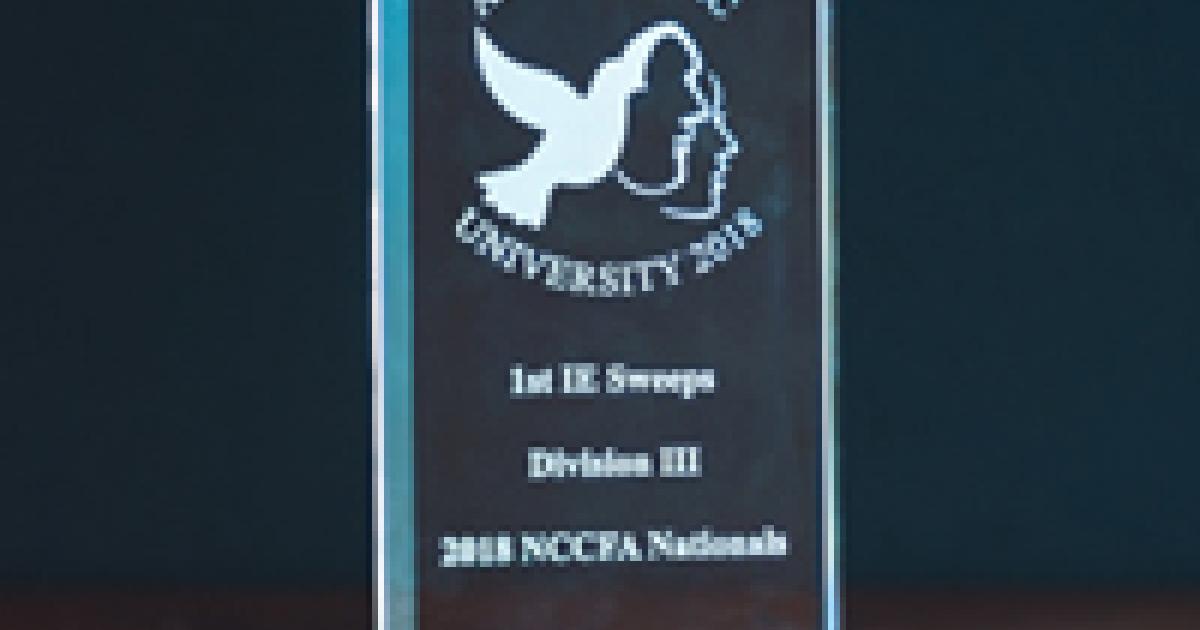 NNU’s forensics team competed at a national tournament March 8–10. The National Christian College Forensics (NCCFA) Tournament was held in Azusa, Calif., where 19 colleges and universities from across the nation came together to compete in speech and debate events. NNU’s team of five represented well and left as the Division III Individual Events Sweepstakes National Champions.

“The highlight of the competition was winning the Sweepstakes National Champion title,” said Letha Quinn, NNU’s assistant director of forensics and adjunct faculty. “What makes this award incredibly special is that it truly takes the best efforts of everyone on our team to achieve it.” The students were not the only ones awarded; Letha Quinn walked away as the National Top Critic of NCCFA.

The NNU Forensics Team competes at several tournaments throughout the year and will head to the IPDA Nationals in Spokane, Wash., in just a couple of weeks. Three of the team members will also participate in the International British Parliamentary Debate in China this May. It has been a successful year for the team, and they look forward to representing the school in the last of the 2017–2018 season.