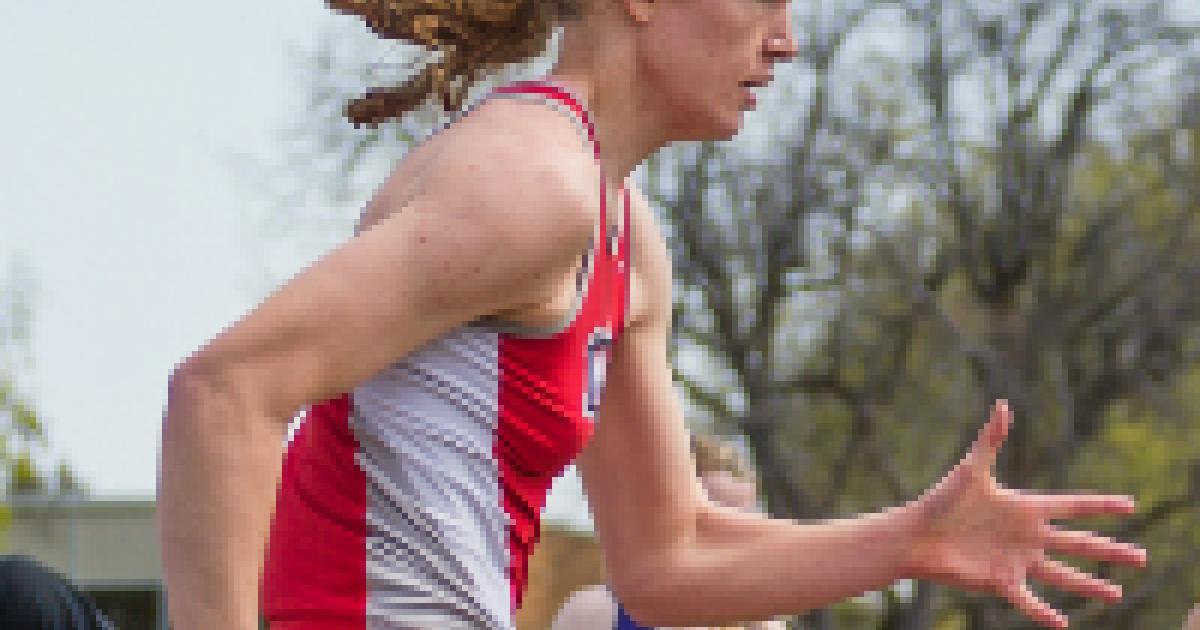 Two weeks into her freshman year in 2015, Jackie Mahowald thought she had a bad case of heartburn. It hurt enough that she got up during class and left.

A day and half later, the pain hadn’t gone away, so Jackie went to see the school nurse, who recommended she go to a local urgent care. After some preliminary tests, Jackie was sent to the emergency room, where she underwent an X-ray, a CAT scan and blood work.

The doctor then came in and delivered news that would turn Jackie’s life upside down. She had cancer. Specifically, it was Hodgkin’s lymphoma, with a large tumor in her chest. “I was kind of in shock,” Jackie said. “I didn’t realize what was happening, I don’t think. It didn’t hit until about a week later.”

Her childhood friend, Kelsey Jones, was by her side and drove her north toward home in Spokane the next day, meeting her dad halfway.

“WITNESSING HER FAITH AND STRENGTH THROUGH THAT ENTIRE JOURNEY IS SOMETHING I WILL NEVER FORGET.”

Jackie was forced to withdraw from school, including giving up her spot on the NNU track and field team. She underwent chemotherapy and radiation at Spokane’s Sacred Heart Medical Center.

Dealing with cancer at a young age is hard enough, but the fact that her mother, Kim, had passed away from breast cancer less than two years earlier made the diagnosis even harder to handle.

“It definitely made me question why this is happening again,” she said. “We had already dealt with so much. So, why me? I think it was harder on my family than me. Being an outsider is different than going through it. I had this weird peace knowing it would be fine—watching them watch me go through it … I know they really struggled with that.”

During the previous 18 months, the Mahowald family had dealt with so much. After her mom had died, Jackie’s grandmother passed away a few months later. Then an aunt passed away a year after her mom. Then Jackie suddenly was diagnosed.

“It was a pretty crazy year,” said Jeff Mahowald, Jackie’s dad. “It was over the top. I never want to repeat that. Then having that kind of thing happen to one of my kids? I couldn’t explain how it felt, watching her have to go through all of that, while there was nothing I could do. I wanted to fix it, but all I could do was watch. It was hard for sure.”

Through it all, Jackie leaned on her relationship with God. Growing up in a nondenominational church near Spokane, she never let the many tragedies in her life get her down. Being an active participant in Young Life and a weekly Bible study with one of her teachers at Lakeside High School in Nine Mile Falls, Washington, helped her through the process.

“She is probably one of the most inspiring people I’ve ever encountered in my personal life,” said Kayloni Perry, who taught Jackie in high school and was her track and field coach. “Witnessing her faith and strength through that entire journey is something I will never forget. Through every battle she has faced, from losing her mom and going through cancer herself, to having to leave college, her faith in Jesus never ceased to grow. She never doubted who He was or what He had to offer her.”

Jackie had two months of treatment in Spokane before she was cleared to start working out again. She called up Perry and asked if she could volunteer to help with the track team at her old high school. Every day Jackie would work out and train to get ready to re-enroll in college in the fall and then help the Lakeside athletes afterward.

In the meantime, the coaching staff at NNU tried to maintain contact with an athlete they had barely gotten to know since she was in school such a short time.

“Our heart was with her,” NNU Track and Field Coach John Spatz said. “I felt like my obligation to her was that, because she is one of our track kids, we would do everything we could to make sure she still felt connected to the team. We sent her warmups and shirts—all the stuff the freshmen would get. We stuffed some boxes with candy for when she was in treatment and then stayed in contact with texts and emails just encouraging her.”

That extra effort was a relief for Jackie, who didn’t know what to expect from NNU or whether she would still have a track and field scholarship waiting for her.

She returned to Nampa to start her freshman year over again in the fall of 2016 and competed for the indoor track and field team that winter. She moved into the top ten in program history in both the long jump (seventh) and triple jump (third) her first season back.

Jackie, a sophomore, has continued to improve this season, setting the school record in the indoor triple jump at the GNAC Championships and then recording the third-best triple jump outdoor mark in school history.

“This year she is above and beyond what she was doing even in high school,” Spatz said of Jackie, who won two Class 1A state triple jump titles in high school. “She has won so many events this year or been in the top two. She has really made her presence known with her ability and her attitude. It has just been a really good year for her.”

It’s been a good year outside of athletics as well. Jackie helps run a weekly Young Life meeting for Nampa high school students. She was hired as the Student Government Association’s athletics liaison for the 2018–19 school year. She will represent the university in the summer ministry group Witness, going to church camps and visiting youth groups throughout the summer.

She does all of that while participating in a year-round sport and majoring in nursing, one of the most time-intensive degrees at NNU.

“She is always working hard,” teammate Elise Snowden (Medford, Ore.) said. “She has a really good perspective on life, and I feel blessed to see her grow so much this year. She is always chasing after being her best self.”

Jackie plans on following in her mom’s footsteps as a nurse, though she plans on going into pediatric oncology. “I feel like I know what they are going through,” she said, “and can connect better with them and have better empathy.”

This fits the type of person she is—someone who is always trying to help others.

“She is encouraging and uplifting,” Perry said. “She is bubbly and spunky and a fun person to be around. It doesn’t matter when or where she is, she can light up a room.”