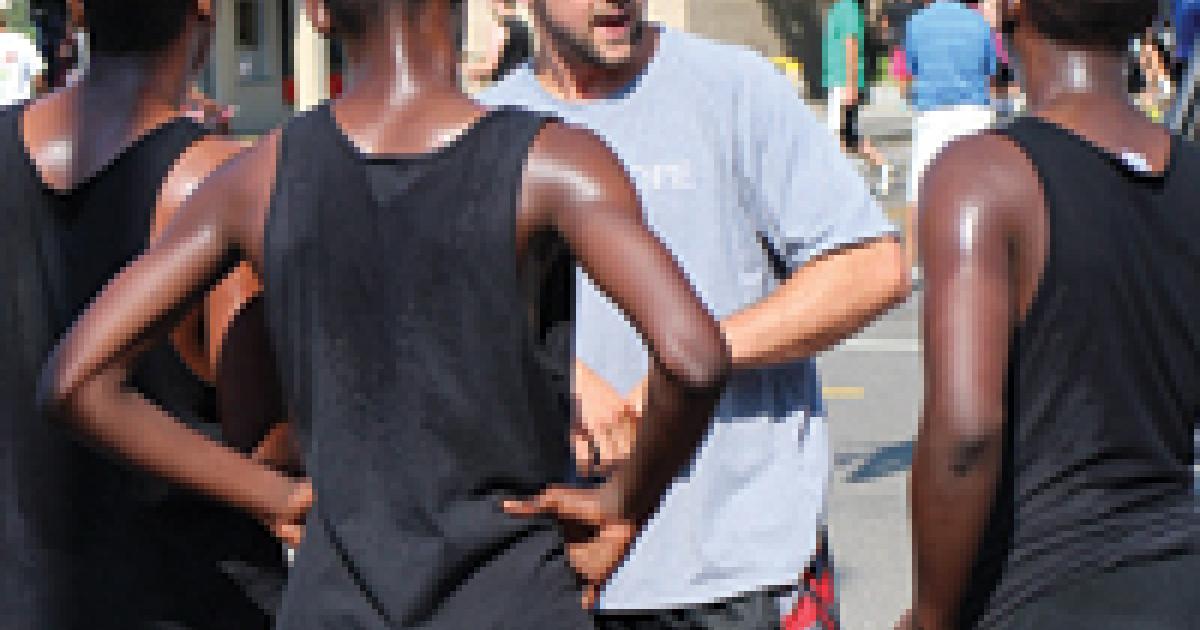 “People need healing through love and personal relationship,” says Joel Ryman (’09), public communication graduate and former NNU basketball player. His desire to satisfy this need has come to fruition through Hoops4Hope, a basketball academy for refugee youth and an outgrowth of Kenya-based non-profit Gates of Hope. Joel and his wife Deborah have become the driving force behind the organization’s efforts in the Boise Valley and work passionately towards developing relationships with the local refugee community.

Gates of Hope was started by Mike Hammer (’01) who, during a research trip to Kenya, met a woman on the street named Mary. She was single-handedly taking care of over 20 children who had nowhere else to go. Mike desired to assist her and asked his friends and family back home to provide whatever they could to support these children. This process served as the building blocks for Mike and fellow NNU graduate Jake Proffitt (’01) to create Gates of Hope.

As Gates of Hope continues to provide scholarships and empower the Kenyan youth, it has also expanded to include operations in Idaho. In Boise, Gates of Hope aids local refugee children as they adapt to life in the U.S. This is accomplished through engaging the community, educating individuals and empowering leaders. Gates of Hope provides perfect opportunities for these kids to build friendships, learn the culture and make positive lasting memories through various programs and outreaches. These experiences are extremely important for the children’s emotional and social development as they try to acclimate to their new world. For many, it is a chance to reclaim a childhood that was stolen from them.

“We have been so loved by Christ, and these kids have been an expression of this love. That’s what Gates of Hope is. It’s about loving each other authentically.”

Joel currently serves Gates of Hope as director of development and Deborah is director of operations. The Rymans have moved into the neighborhood where many refugees reside in order to become even more involved in the lives of the youth. Both Joel and Deborah are fully invested in seeing Gates of Hope become the life-changing and empowering presence that is so greatly needed by refugee children. Deborah shares, “We have been so loved by Christ, and these kids have been an expression of this love. That’s what Gates of Hope is. It’s about loving each other authentically.”

As a former NNU basketball player, Joel loves to utilize the sport as a way to connect with local children, Thus, Hoops4Hope was born. A group of refugee youth meet with Joel and his fellow coaches for rigorous training sessions once a week from June to October. This academy not only physically challenges the young men, but also seeks to help them learn and grow in the academy’s four core values: “Respect: for the community, authority, peers, women and self; Health: of body, mind and heart; Servant Leadership: understanding leadership through service; Love: loving others as you wished to be loved.”

As the Hoops4Hope Academy came to a close in 2015, Joel had a surprise planned for the boys. “Instead of training for our last event before the school year started, we took them to Table Rock and said, ‘Alright, gentlemen, we’re gonna climb that sucker. We’re going to sprint up that bad boy.’” As the group began to work their way up the steep climb, they stopped along the way to recap the journey they had gone through together over the course of the academy and the values and lessons they had learned.

At first the youth were somewhat angry, but as the climb went on they began to buy in and rely on each other more. Each leg of the hike emphasized a certain value. The first one emphasized respect. Here the boys had to speak to each other with respect and encouragement. The second leg emphasized health, which reminded them of the importance of developing and maintaining mental and physical health. The last leg emphasized servant leadership by having the group take turns carrying one another. At the top, where a 60-foot cross stands, the final value of love was explored.

“We were literally running to the cross, and at the end the coaches and I got to speak to them individually and tell them how much we love them and speak life to the side of them that is just starving for confirmation of ‘who am I, why was I made, what is my purpose?’” After each athlete received one-on-one attention, the entire group gathered underneath the cross on top of Table Rock for one final speech. Joel began, “Gentlemen, truly the ultimate expression of love that we’ve ever experienced and that we know is true is seen here in this cross.”

This journey up to the cross required that these young men make themselves vulnerable to one another in order to lend a helping hand. Deborah recounts the transformation she has seen in the lives of these young men even over such a short amount of time, commenting, “It was amazing to see these boys open up to receive the life that was being spoken to them.”

She continued, “The results of these relationships are truly evident. We began to see changes in attitudes and personalities for the better. Negative smack talk became uplifting encouragement, and that speaks to the power of relationship.” That is what Gates of Hope seeks to provide—not simply to feed, clothe and house, but to live and grow in relationship with these refugees who hunger for a sense of belonging.

Reflecting back on his years at NNU, Joel recognizes the direct connections between his time in school and his current work with Gates of Hope. When Joel first arrived at NNU on a basketball scholarship, he wasn’t too excited. However, upon seeing the strength of the community and the engagement and investment of the professors, Joel was soon overwhelmed with the presence of love. He felt as if he had found his second family. NNU also fostered Joel’s love for truth and relationship, which has carried over to Gates of Hope. Because of his growth at NNU, Joel learned the importance of deepening the discussion and of doing it all in God’s name. “When your ultimate motivation is to love with the love you’ve been given, He takes care of the rest.”

Joel Ryman (second from the left) and his Hoops4Hope team. Learn more about Gates of Hope at gatesofhope.net.