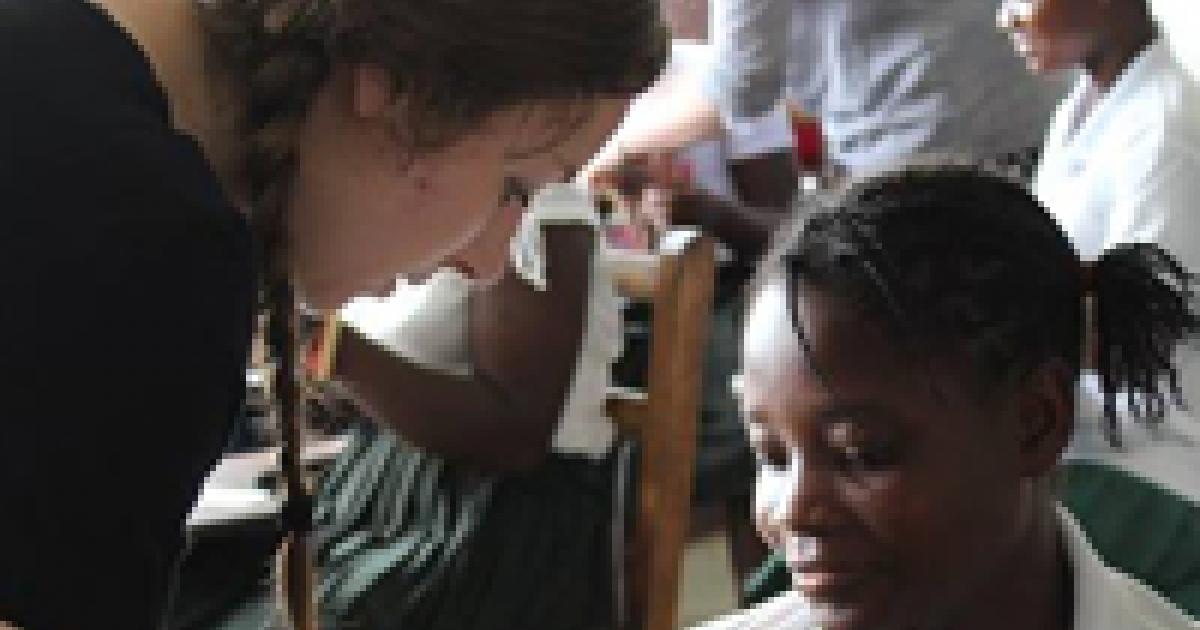 Each year, NNU offers students opportunities to be involved in various global mission projects. This summer, NNU on a Mission sent out five teams to serve communities in Liberia, Poland, Colombia, Haiti and Kenya.

Liberia
Partnering with Innovative Education Liberia (IEL), six students and five leaders traveled to Sinoe County to minister to the Liberian youth. One focus of this ministry included an engineering project to build a generator to supply power for laptops, lights, and cell phones. Using an initial prototype that team members Heather Skovgard and Danielle Kelly designed for their senior project this spring, the team refined the design for implementation in Liberia, resulting in a bicycle-powered generator. In addition to constructing a generator, students engaged in the community through a variety of activities including athletics, children’s ministry, computer skills training and health education.

Poland
One NNU group served with the Church of the Nazarene in two coffee shops in Poznan and Krakow in May. Their primary ministry was visiting local schools and offering conversational classes. The group also partnered with the Polish ministry team in offering English classes, Bible studies, cultural nights, etc. In addition to serving, the NNU team was introduced to the historical and cultural context of ministry in Poland. During their nineteen days abroad, the team had the opportunity to experience Auschwitz-Birkenau, Poland; Berlin, Germany; and Budapest, Hungary.

Colombia
An NNU team invested their time and energy in the people of Medellin, Colombia for two weeks this summer. Partnering with the Biblical Seminary of Colombia, the team spent that time living on the seminary campus, interacting with Colombian students and serving in the seminary’s outreach library. Other activities and service included leading workshops for teachers and school administrators, teaching ESL to children, visiting a local prison, leading a VBS with children, maintenance projects at the seminary, and leading lessons on forgiveness.

Haiti
Eight students and their team leaders traveled to Haiti for a two week trip last May; one week was spent in Port-au-Prince, and another week was spent in a rural community. During their stay, the team continued NNU’s ministry in Hope Home, an orphanage for children with disabilities. This is the same orphanage that inspired the 2014 mission team to start “Rippleffect,” which raised money to pay for a new water pump and cistern in the village. Team members with interest in kinesiology assisted the house moms and physical therapists with hands-on physical therapy.

Kenya
From July 28 through August 10, an NNU missions team was in Kakuma, a refugee camp in Northwest Kenya established in 1991. Partnering with Africa Nazarene University, the team facilitated the “Freedom Found Project”—a leadership camp for teenage refugees. The goal of the camp was to equip these young adults with skills and experiences that prepare them to better serve in their homes, schools, and communities.