Emily Maxfield: Finding her place, staying intentional and looking ahead

Emily Maxfield: Finding her place, staying intentional and looking ahead 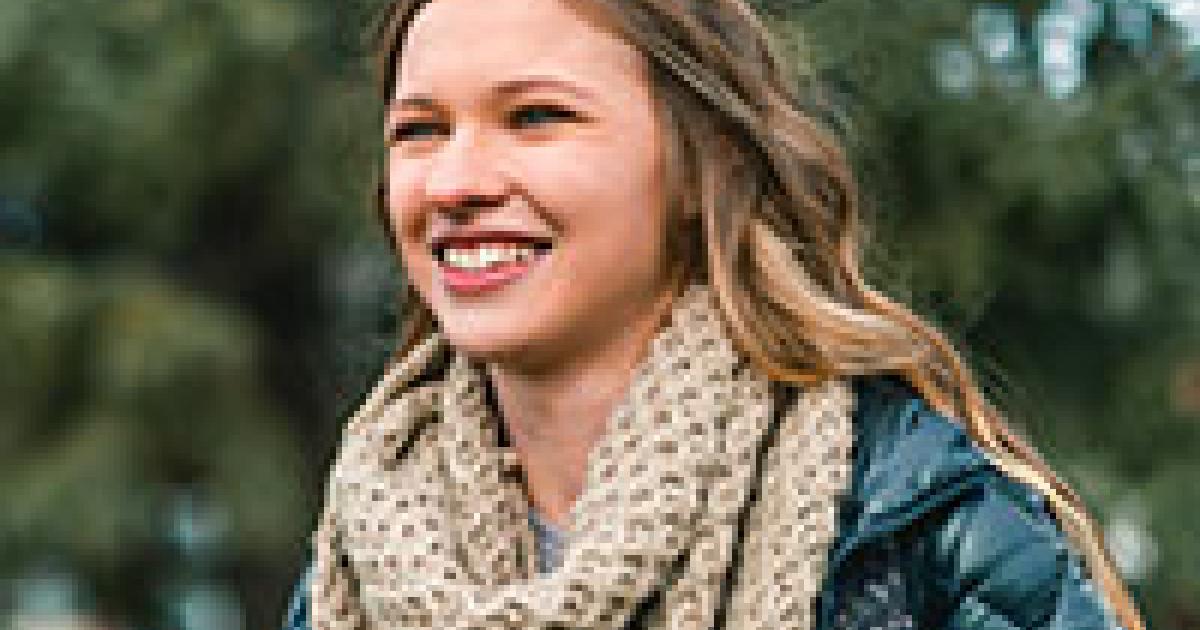 Growing up in Seattle, WA, Emily stumbled across NNU almost by accident. After taking an English course in high school through NNU’s concurrent credit program, she decided to apply, but didn’t give it too much thought. It wasn’t until she started communicating with her admissions counselor that NNU made it to the top of her list. “She sought me out,” Emily said. “She fought for me and I could tell that she wanted me here. That’s what led me to realize that NNU truly cared.”

Leaving home can be a difficult transition for any incoming student, but for Emily, leaving home meant leaving not only her family, but a mission she was passionate about. In the couple years before she graduated, Emily’s family had moved to White Swan, WA where they served as missionaries at the local Yakama Indian Reservation. Partnering with Sacred Road Ministries, the Maxfields worked to invest in the at-risk youth of the reservation, providing them with jobs upon graduating high school through a company they built called Swan Graphics. They also worked to equip the reservation’s youth with life skill training, Bible studies and a sense of belonging in the church community.

While her parents worked with the older students, Emily spent her time tutoring and playing with the preschool-aged and first grade children of the reservation. It was her experience on the reservation that led to Emily’s passion for children and calling to be an elementary school teacher. For a year and a half, Emily was surrounded by a community of poverty, homelessness and broken families and witnessed firsthand the toll those conditions can take on a young child. “A lot of kids just need someone to be reliable and support them if they’re not getting that adult figure at home,” Emily explained. Working with the reservation’s youth inspired her desire to fulfill that role for children from broken homes.

Coming to NNU in 2016, Emily declared her major in elementary education. She began getting involved in small groups and freshman class council, fully immersing herself in the campus community and loving every minute of it. However, it didn’t take long for her to feel like something was missing. While she was beginning to take those next steps for her future, her family was back in Washington on the reservation continuing to serve.

Emily felt stuck and began to question what she could do 350 miles away from home, and the mission field she had attached herself to. “I began to feel growingly disconnected from the reservation since I wasn’t there and my family was,” Emily explained. “I started asking myself, ‘what does ministry look like HERE when I’m not a missionary on an Indian Reservation?’”

It was around that time that Emily joined Chaplain Olivia Metcalf’s small group of freshman girls. Discovering a shared passion for people in Olivia, Emily not only found a mentor, but an outlet for her desire to serve. She joined Olivia that year in the Dressember movement on campus raising awareness for human trafficking. Emily described Dressember as “a way for me to be connected to something bigger” while still allowing her to be a busy college student.

“In college, I feel like I’m in an in between phase of life,” Emily explained. “I know what God is calling me to do, but I can’t do it yet because it takes time to get through school.” This waiting period Emily described resonates with many college students. Though students are pursuing their careers and furthering their education, degrees do take time. In the midst of course work, exams and field experience, students can feel discouraged waiting for their future to come. Getting involved on campus and in ministries she was passionate about helped Emily feel like she was no longer sitting idly by waiting for her future to come to her.

In her sophomore year, Emily joined Olivia in another mission: prison book club. A ministry designed for the women of a local prison, the book club serves as a weekly time of fellowship for both the inmates and the women from NNU who attend. Emily quickly fell in love with the book club, connecting with the women around her and feeling like she was doing something worthwhile.

Emily’s engagement with prison book club also connected her to her experience on the Indian reservation back home, since many of the children she had interacted with came from families with imprisoned parents. Building friendships with the women in the prison book club - many who were mothers - gave Emily a new understanding and sense of compassion for the parents of the children she worked with, stirring the fire she felt for relational ministry even more.

Though college can be a time of waiting, Emily has found a way to be intentional and appreciative of her current circumstances while still preparing for the future. Admitting that she’s reached a point in life that requires a lot of maturity and navigating independence, Emily says that it’s the professors and mentors at NNU that help her along the way. “You don’t feel like you’re figuring it all out on your own. If I needed to, I could ask any of my professors to have coffee or pray for me and they wouldn’t say no. That’s not a common thing.”

Now in her junior year, Emily is on track to graduate in 2020 with a degree in elementary education. As she approaches her senior year and student teaching, Emily is as excited as ever to start making a difference in the classroom. Her dream job is to teach kindergarten in a low-income school district, hoping to be a supportive figure for children who may lack that support at home. Thankful for all that NNU has done to equip her with the experience and quality of education required to succeed in her career, Emily looks forward to the future with confidence.