Dr. Ryan Heyborne is in the business of helping others

Dr. Ryan Heyborne is in the business of helping others 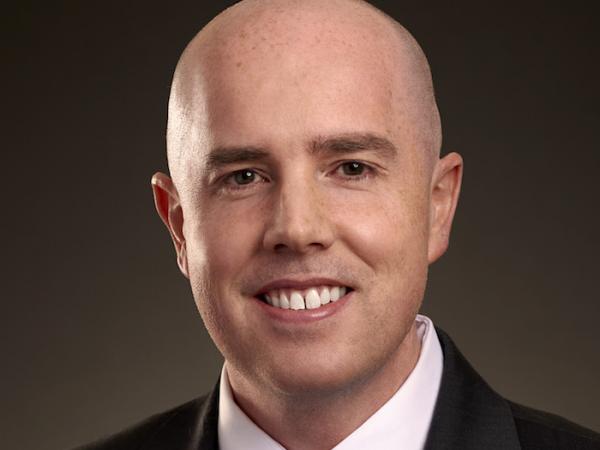 NNU Alumnus Dr. Ryan Heyborne (‘15) has always wanted a career where he could make a difference.

Upon entering college, he was searching for a profession that allowed him to help others. He found that when he became a physician more than a decade ago, but he says it’s his new role as Chief Medical Officer for Saint Alphonsus Medical Center in Boise which has allowed him the ability to both serve and lead.

Before taking his current role at Saint Alphonsus, Heyborne worked in physician administration at a number of organizations. In the past he has served as Chief Medical Officer for Proskriptive, a health data analytics start-up, Medical Director for State Medicaid with Telligen, Inc., and Senior Medical Director at Blue Cross of Idaho. In 2013, Heyborne made the decision to return to school and get his Master’s in Business Administration from NNU.

“I like to help people solve problems,” Heyborne said. “That’s why I really went back to get my MBA so I could have those skills to do that on a larger scale.”

“I wanted to stay local, I wanted to have a relationship with my professors. And (NNU) definitely delivered in that regard,” Heyborne said. “There are a lot of straight online MBA programs but it meant a lot to me to have that local connection, that personal connection and that face-to-face to connection.”

Being the Chief Medical Officer in the midst of a pandemic has certainly challenged him at times. His busy week often involves him juggling between administrative duties, personnel business and working on the frontlines seeing patients in the clinic once a week.

“Not a day goes by that I don't use something I learned in my MBA,” he said. “This pandemic has affected every aspect of hospital operations - clinical, finance, HR, supply chain, legal, others. What I learned at NNU has allowed me to be a much more valuable participant in these diverse areas. I am primarily using the skills I learned related to organizational dynamics, change management, and leadership.”

Heyborne credits all of his professors as having an impact on him but says he took a lot from his leadership courses with NNU’s Director of Graduate Studies Joshua Jensen.

They don't teach things like leadership in medical school,” Joshua Jensen said. “This is why Dr. Heyborne felt it was critical to enhance his education with an MBA from Northwest Nazarene University. His training on leadership and organizational dynamics through the MBA program, as well as his solid clinical training from medical school, has made Dr. Heyborne the right person to be Chief Medical Officer at Saint Alphonsus Regional Medical Center.”

As Idaho began a stay-home-order in March, Heyborne says he was moved by the outpouring of support directed toward medical personnel that came from the local community.

“It’s just been inspiring to see businesses support us. We’ve had restaurants, florists, even dairy producers bring stuff to the hospital,” Heyborne said.

The encouragement helps to fuel Heyborne as he deals with the daily undertaking of leading a hospital amidst a pandemic.

Because of his role, Heyborne has had to make some tough decisions, but he says he always tries to do what’s best based on what the current situation allows.

“I really think that’s something I learned at NNU,” he said. “There’s going to be the ethical dilemmas but I’m trying to do good in these situations even when you can’t do the best for everyone involved. It’s about trying to do the most good.”

It’s the passion and heart behind his work making a difference in the lives of others that makes Dr. Heyborne here for good.