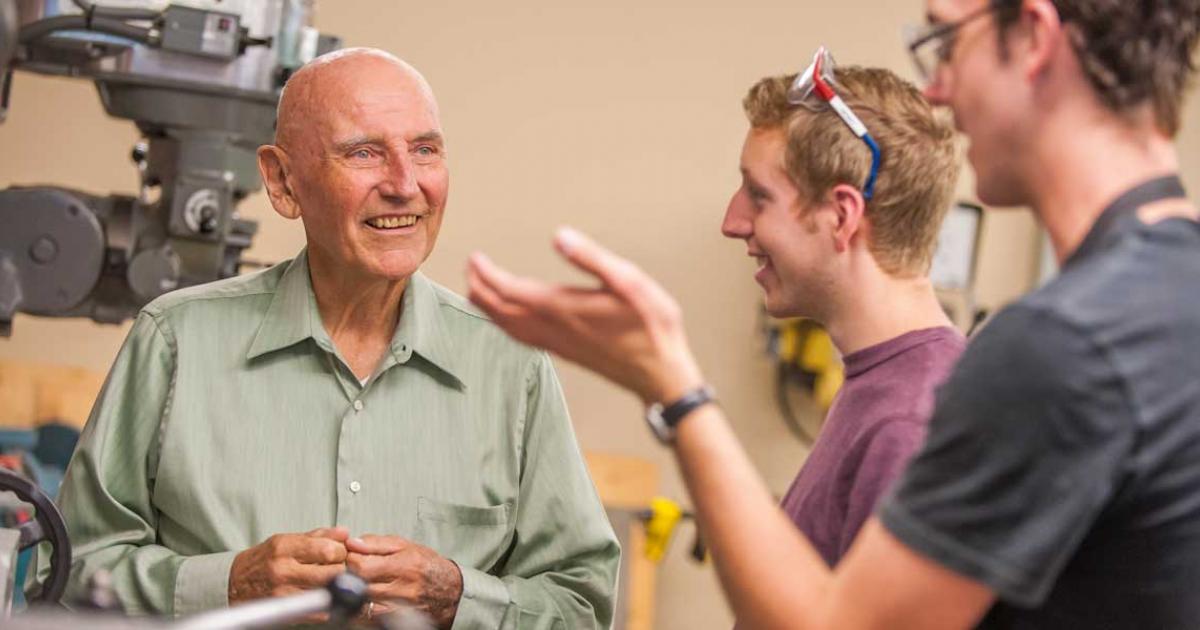 Professor Emeritus Dr. Darrell Marks passed away Dec. 5, 2019. Dr. Marks dedicated more than 60 years of his life to NNU. He graduated from Northwest Nazarene College in 1958 before returning a year later to serve as a faculty member for more than 30 years.

Dr. Marks’ wife, Neva, recalls his passion for teaching was evident after his first week in the classroom. “He sat me down, and said to me ‘honey, I know what I want to do with the rest of my life.’” After finding his calling as a teacher, Dr. Marks completed his Ph.D. at MIT so he could return to the university.

“Every day of his life, he woke up with a smile knowing he got to go and be with his students,” Neva said. “I am just so profoundly thankful that NNU provided Darrell with this place that gave him so much joy.”

Dr. Marks spent his last four years on staff at NNU as the Vice President for University Advancement, serving under then-president, Richard Hagood. And through this work, he was instrumental in helping to raise money to endow scholarships for retiring NNU faculty and to help fund those that remained only partially funded. Following his retirement, Dr. Marks worked toward the completion of 50 scholarships totaling more than $1 million.

“One of the things I most admired was his long-term passion for helping students get into NNU,” Hagood said. “I know of several instances where he would call me and others and say we’ve got this student who just needs $500 or $600 —what can we do to get that person here? Among many things, he will be remembered well for being an advocate for student’s’ scholarships and student funding.”

But Dr. Marks’ passion didn’t just end at student funding. He also played a major part in fundraising for the Thomas Family Health and Science Center.

In 2007, he was the recipient of the NNU Distinguished Service award for his exemplary service to the university. And he continued his work on a volunteer basis as the “Chief Enthusiast and Promoter of the Sciences & Engineering” at NNU.