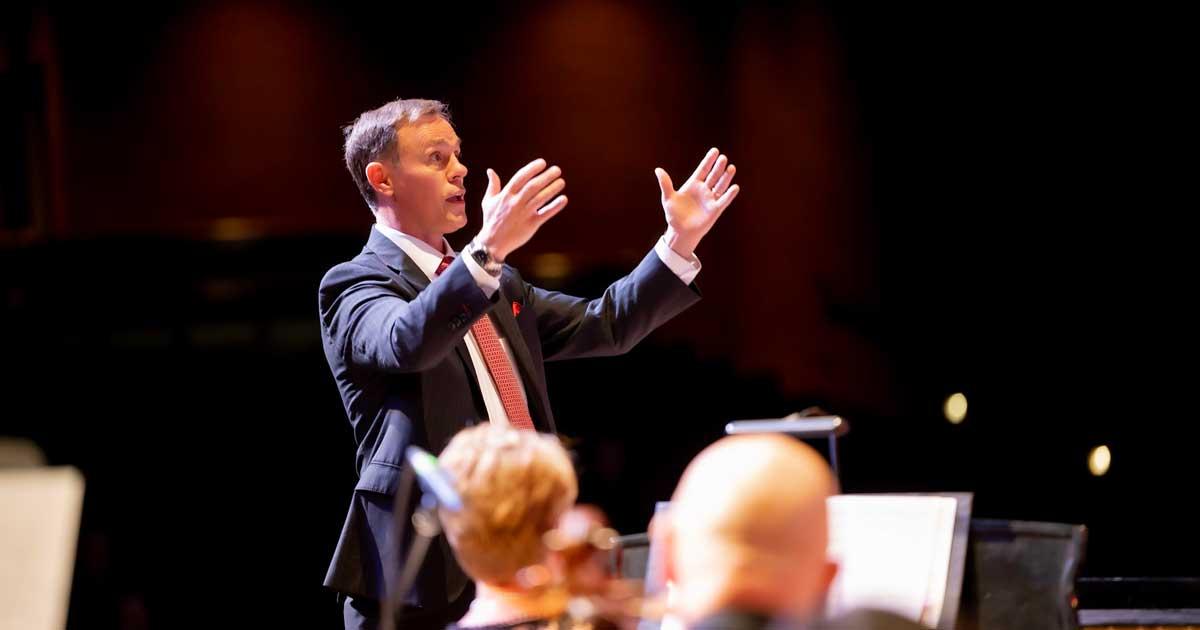 The NNU Department of Music is excited to announce the appointment of two new faculty members for the 2021-22 academic year. Dr. John Dally will take the lead in Music Education and direct the Concert Band and Orchestra. Dr. Jayoung Hong will direct the piano program, teach music history and maintain a robust international performance schedule.

"I am thrilled with the talent we have added to the music team for the 21-22 academic year,” Dr. Philip Miller, Chair of Music, said. “They bring with them extensive experience in higher education and a proven track record of excellence. Great days are ahead for NNU Music!"

Dr. John Dally has experience with comprehensive music programs including bands, choir, orchestra, music theory and dance. Most recently, he served as the Director of Bands and Music Education at Point Loma Nazarene University where he directed concert and jazz ensembles and taught general education and music education courses.

According to Miller, “Dr. Dally will breathe new energy and expertise into the instrumental program and bring experience in building programs. His enthusiasm is infectious and students will be excited to work with him.”

Dr. Jayoung Hong debuted at the age of 13, performing Schumann piano concerto and has performed widely throughout Asia, North America and Europe. She previously served as piano faculty of the Korea National University of Arts in South Korea, Brandon University in Canada, University of Nebraska and Blinn College in Texas.

“It has been very important to me to honor the long and outstanding legacy of Dr. Hughes,” Miller said. “In Dr. Hong NNU receives not only someone with an extensive resume of teaching and performing but also someone for whom Dr. Hughes had deep respect.”

Additionally, two current faculty members in the NNU Department of Music, Quinn VanPaepeghem and Brian Kohagen, will be stepping into new roles for fall 2021. VanPaepeghem has been named Director of Jazz Studies and will work with current jazz coaches to expand, recruit and enhance NNU’s program. Kohagen will maintain his position as the Director of Conference and Events, but will add the role of Director of Commercial Music.

“Brian and Quinn have already been serving NNU with excellence and we look forward to their expanded duties in the areas of Commercial Music and Jazz,” Miller added.

To find out more about NNU’s Department of Music and all it has to offer, go to nnu.edu/music.

John grew up in Southern California and received both his BA in Music Education and teaching credentials from Point Loma Nazarene University. Before graduating, he began his public music teaching career at Point Loma High School in San Diego. During his tenure there, John transformed a band of fewer than 30 students into a comprehensive music program, including multiple bands, choir, orchestra, music theory and dance. In 2008, John moved to Mira Mesa High School where he elevated an already prominent program of over 170 students to new heights, including high awards in marching and concert festivals. During this time, John completed his Master of Music from Sam Houston State University via American Band College. In 2011, he joined the music faculty at Point Loma Nazarene University as the Director of Bands and Music Education. There he directed concert and jazz ensembles and taught general education and music education courses. In 2020, John completed his Doctorate of Musical Arts in Music Education from Boston University. His dissertation focused on undergraduate music teacher preparation and field experience. During his time as an educator in San Diego, John served on the board for the California Music Education Association Southern Section for over 13 years, including VP, Band Rep and Collegiate Liaison. Additionally, he was a founding board member of the San Diego Winds, a professional wind ensemble with educational programs. He is also an active clinician, adjudicator and guest conductor.

Dr. Hong previously served on the piano faculty of the Korea National University of Arts in S. Korea, Brandon University in Canada, University of Nebraska and Blinn College in Texas. She has presented masterclasses throughout the U.S., Canada, S. Korea and China. Her students are consistently top prizewinners at major regional, provincial and national Canadian, Korean and U.S. competitions. She spends her summers teaching piano at the University of Minnesota Twin Cities International Piano Camp as a Pre-College Program Coordinator.

A. Quinn Van Paepeghem began teaching at NNU in 2016. He currently directs the Northwesterners vocal jazz ensemble, teaches Choral Methods and Applied Jazz Guitar and assists with the music education program. He holds an MME from the University of Oregon and a BA in music from Boise State University. Quinn serves as the Vocal Jazz chair and was previously president for Idaho ACDA. He was selected Idaho’s ACDA “Outstanding Choral Director” in 2014. The NNU Northwesterners were featured at the 2019 NAfME Northwest Conference in Portland, Oregon, and have performed for the Idaho ACDA fall mini-conference and the Utah ACDA fall conference. His concert choirs and vocal jazz choirs have performed for seven state or regional NAfME or ACDA music education conferences. He was the organizing chair for the 2019, 2017 and 2015 NAfME Northwest Honor Jazz Choir and is co-founder of the Treasure Valley Vocal Jazz Camp. Quinn is an avid jazz guitarist and heads his own jazz quintet.

Brian Kohagen is a live sound and studio engineer, event producer and manager of NNU’s Brandt Center of the Performing Arts. In this role, he oversees broadcasting capabilities in video and audio expansion and coordinates guests including the Boise Philharmonic, the Russian Ballet and Mandisa. Brian also regularly records and produces live events for NNU’s Music Department. Additionally, he has worked with national touring artists as a system tech for crowds as large as 60,000 nationally and abroad and as a tracking technician, providing mixing and mastering support, overseeing studio operations and management, and finding and booking clients and record releases.