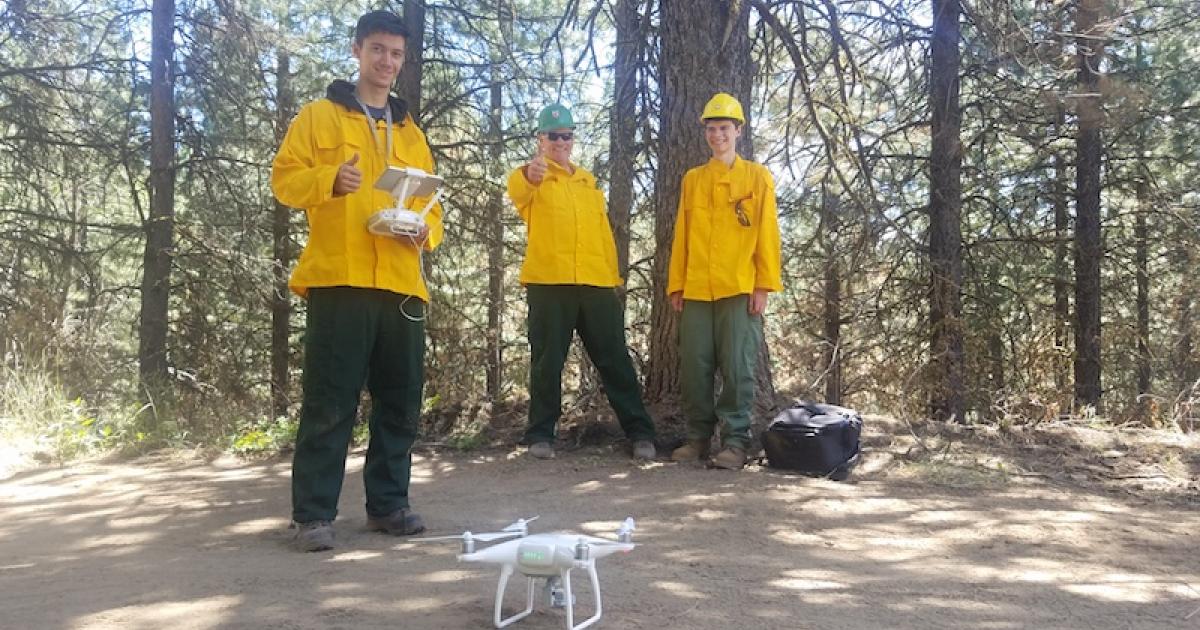 The projects are an excellent opportunity for students to solve real-world problems for clients ranging from the US Forest Service to the Hanford Nuclear Reservation.

A special thank you is warranted for this year’s clients: the Boise National Forest, the US Forest Service Moscow Forestry Sciences Lab, the University of Nevada - Reno, and the Lander Wyoming BLM office. All of these clients were able to attend the series virtually this year.

The Computer Science Senior Projects are listed below:

Furgerson’s thesis, “Tracking Stats of College Basketball Players During the Summer Using a Mobile Web Application,” had him working alongside NNU basketball players to keep their shooting stats even when they were away from campus. He created a web application that helps players track their stats and allows them to share it with coaches. keep up with their stats when they are practicing away from campus. The data can be shared with coaches. Future work includes displaying the data in different ways and marketing the product so it can be sold to teams.

Johnson’s thesis, “Autonomous Fire Detection Using Artificial Intelligence and a Network of Fire Lookout Camera,” had him working with the NNU FireMAP team to utilize cameras that could automatically detect a forest fire. He did this by having the cameras use a recursive region-convolutional neural network (R-CNN) that constantly scans the area for smoke plumes. When a smoke plume is detected by multiple cameras, it calculates the approximate location of the fire by using triangulation. Future work includes gathering more training data, integrating the AI agent in a server to route and classify the camera video feed, and training/evaluating if a mask R-CNN would produce higher accuracy.

Johnson’s thesis, “Mapping Dirt Roads from Drone Imagery Using Deep Learning,” had him working with Boise National Forest to update maps by finding and accurately mapping old roads and rail grades. This was done to ensure the maps could remain historically accurate.

Mote’s thesis, “Integration of Artificial Intelligence with Mission Integration Analysis,” had him working with Washington River Protection Solutions Mission Integrations Analysis to help with the planning of its radioactive waste clean up project. Mote’s created a plan for a machine learning tool. This tool would be able to make predictions for which tanks should be involved when a transfer is made in a given situation.

Teeter’s thesis, “Updating the Chapel Scanning and Reporting System,” had him working with the Chaplain’s Office and CX Team to create a program that would allow them to better collect student information as they attended chapel. Teeter’s project goal was to develop a replacement program that would slot in place of the current software, add features such as images of students and encryption. Future work could be done in conjunction with the NNU CX team to update the database tables for chapel credit and the application to allow for multiple chapel sessions each day.

Tracht’s thesis “Developing a Web Application to Automate Software Testing” had him working with Schweitzer Engineering Laboratories to develop an internal web application that the QuickSet testing team utilizes to automate some of their testing processes. The processes this web application automates includes powering on virtual machines, installing software onto the machines, and running scripts that start tests against the installed software. The application provides additional functionality that previously was not available, such as running groups of tests together and being able to cancel them in batches.

White’s thesis, “Implementation of Deep Learning to Map Dredge Tailings from Hyperspatial Aerial Imagery,” had him working with the Boise National Forest to implement TensorFlow, a software library developed by Google, a mask region-based convolutional neural network (Mask R-CNN) to identify archaeological sites including roads, dredge tailings, and hand-stacked tailings. This project focuses on using the trained Mask R-CNN and the collection and labeling of hyperspatial, aerial photos of dredge tailings extracted from a provided orthomosaic in order to provide a georeferenced shape feature. White determined that by obtaining additional aerial imagery of dredge tailings this would likely improve the Mask R-CNN’s performance further, allowing for increased accuracy in detection.

Winter’s thesis, “Tree Crown Classification from Hyperspatial Imagery using Machine Learning,” had him working with the NNU FireMap team to create a program that could compare two machine learning algorithms for detecting trees: one that classifies each pixel independently using an SVM and one that uses a Mask R-CNN to look for trees as groups of pixels. The use of imagery from small unmanned aircraft systems (sUAS) has enabled the production of more accurate data about the effects of wildland fire, enabling land managers to make better-informed decisions.