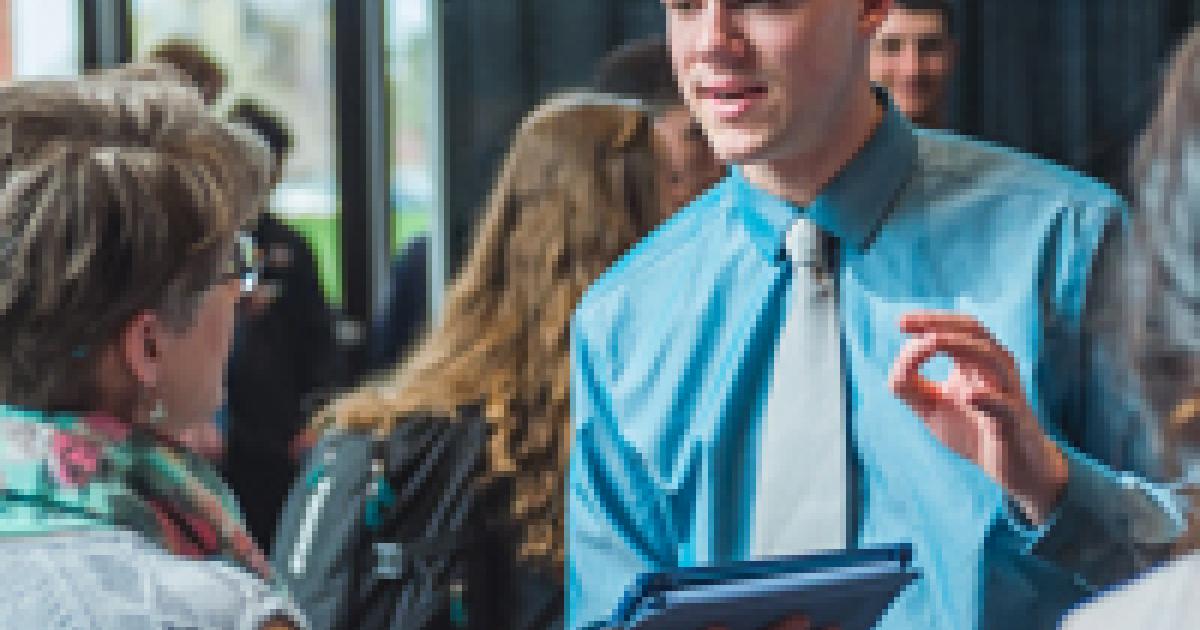 The students spent their last semester creating plans to present at the Social Venture Competition. Each project involved writing an intensive business plan as if the social venture was actually being established—including everything from creating financial statements, making a marketing plan, discussing an operations plan that explains in detail how the business plan will be executed and much more.

“being a Christian community, what we want to do is help others—not just be in it for self profit”

“I like that it is a social venture plan,” said Maria Murguia. “As part of being a Christian community, what we want to do is help others—not just be in it for self profit. Addressing needs and helping others is important.”

Maria, along with her classmates James Lineman, Mark Minjares and Kaisa Tsuruta, created UNITE, a security app for college campuses. When asked what the purpose of this app was, Kaisa shared, “We wanted to address the issue of sexual harassment and sexual assault on college campuses, so we made an app that utilizes geolocation. At the lowest level, you can request a walking buddy to go across campus with at night. At the highest level, there is an emergency button that alerts campus safety and the police.”

Additionally, the app provides resources to users in the case that they do experience sexual harassment or abuse, as well as assists college campuses with compliance to the Save Act standards. Maria explained, “One of the problems with sexual harassment and assault is that people don’t want to speak up, so we want to empower people to. We want to provide resources to use on the app to lead them where to go it something were to happen to them.”

In the competition, UNITE received the People’s Choice Award. Prison to Promotion was awarded 1st Place. Their business is a career management service that’s designed to help former convicts successfully obtain and maintain employment by alleviating some of the monitoring concerns employers might have.

“We focused on eliminating recidivism,” said Caleb Austin. “Prison to Promotion is the intermediate between businesses and recently released convicts. We eliminate the extra work businesses have to do when hiring a felon—the paperwork, monitoring, communication with patrol officers, etc.”

Caleb, Sydney Ames, Richelle Nixon and Brandon Spiller were stretched both academically and personally through their efforts to create a business plan that would provide assistance to an underserved population. “We applied what we learned in college and then some,” shared Caleb. “We’ve all had to take on new roles and learn new things.” Although these social venture plans may never become reality, the lessons learned about how to practically change the world will continue to impact these seniors after they graduate.