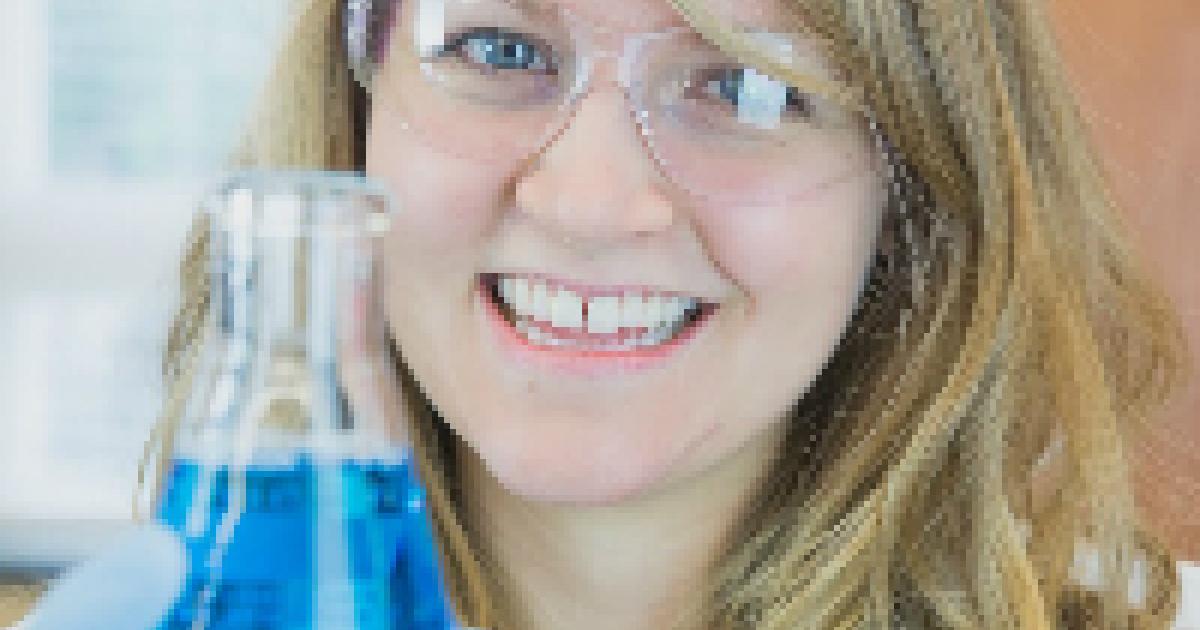 Dorothy Ackerman graduated from the Department of Chemistry in 2013. Since then she completed the organic chemistry doctoral program at Vanderbilt University and her research was published in and featured on the cover of ACS Infectious Diseases journal.

Q. What do you hope you accomplished through your research at Vanderbilt?
A. Since I am the first graduate student in my professor’s lab, a lot of the work I have done has been more preliminary to get the project off the ground. We’ve established that there is a connection between HMOs (the sugars found in breast milk) and the infant pathogen Group B strep (GBS). HMOs have the ability to inhibit the growth and biofilm formation (a way bacteria evade host immune defenses and antibiotics) of GBS.

I’m hoping that I have been able to build a foundation for the graduate students that come after me to figure out how exactly the carbohydrates act on GBS. This is an exciting area of research to use host-produced compounds as antimicrobial agents.

Q. How do you hope to serve your community through your career and the research you’re doing?
A. I think for some people science can seem unreachable and difficult to understand, but I think being able to explain science to a lay audience so they understand the importance of research is a critical part of serving the community. Ultimately, the work we do has implications for human health, and it’s important that the community understands that.

I also enjoy being able to impart general scientific knowledge to the community through outreach events or teaching in classrooms. As a woman in science, I want to be an encouragement to other young ladies who might otherwise be afraid to pursue their interests in STEM-related fields.

Q. How did NNU influence the way you view your career?
A. NNU shaped me as a person and helped me learn to love people and care for them. Like other careers, scientific research can be a cutthroat and competitive community where people are concerned only for themselves. But at NNU, I learned what it looks like to sacrifice success in the eyes of the world for service to God’s kingdom. The joy and fullness of life I saw evidenced in my professors’ lives has helped me remember to keep focused on the Lord and loving others instead of just climbing the ladder of success.

Q. What are your career plans now that you’ve graduated from Vanderbilt?
A. I started as a post-doctoral fellow at the National Cancer Institute (NCI) in Frederick, Maryland on June 4. There I am researching how the carbohydrates (sugars) found on cancer cells can be used to diagnose and treat cancer. After a post-doc, I hope to find a job as a faculty member at a liberal arts college or university.

Photo caption: While an NNU student, Dorothy was on a research team whose project was tested on NASA's reduced-gravity aircraft.