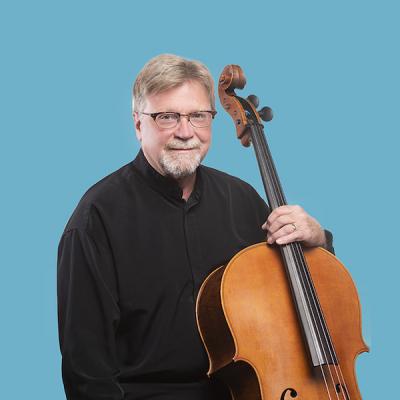 Affiliate Faculty, Cello
Samuel Smith spent nearly 30 years as a Langroise Fellow at the College of Idaho (1991-2020). During his
tenure, Samuel taught the cello studio, performed with the Langroise Trio, and conducted the College of Idaho
Sinfonia. In addition, Samuel also served as Associate Principal Cellist of the Boise Philharmonic Orchestra,
conducted the Sun Valley Youth Orchestra (2006-2019), served as cello faculty at the Rocky Mountain Summer
Conservatory (2002-2005), and Co-Founded the Sawtooth Cello Festival.
Before moving to Idaho, Sam served as Assistant Principal Cello in the Florida Symphony, Section and
Assistant Principal in the Grant Park Symphony (Chicago), and Principal Cello in the Ft. Wayne Philharmonic as
a member of the Freimann String Quartet.
As a soloist, Samuel has performed concerti by Haydn, Saint-Saens, Tchaikovski, Barber, Shostakovich, the
Brahms Double Concerto, and the Triple Concerto of Beethoven. as well as the world premiere of a cello
concerto composed for him by David Alan Earnest. In 2012, Samuel performed as cello soloist in Strauss' "Don
Quixote" with the Boise Philharmonic Orchestra.