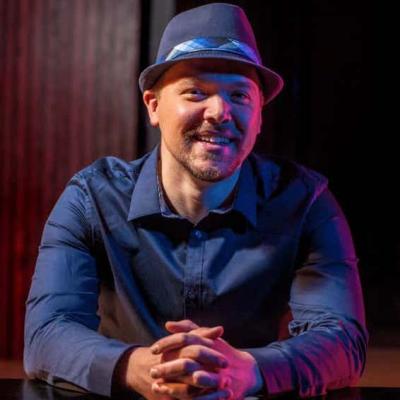 His father, the late Dr. Walden Hughes, was an NNU professor of music for 41 years in the music department. The son of two classical piano teachers, Camden grew up immersed in music, starting the piano at the age of 4, the trombone at age 12, and the guitar at age 14. With years of both jazz and classical training, Camden has a unique perspective on composition informed by a vast array of musical experiences.

In addition to being an in-demand performer in the Boise area, Camden is a passionate educator. Camden started the website www.LearnJazzStandards.com in 2010, which has grown into a trusted jazz education resource all over the world with over 46 million views and 136,000+ subscribers on the Learn Jazz Standards YouTube page. He worked on the site from 2010-2016, before selling his share of the business to his former business partner, Brent Vaartstra.

Camden is currently working on his master's degree in Music Business from Berklee College of Music in their online program. His expected graduation date is September of 2023.
Email