Alumni Board of Directors

Alumni Board of Directors

Bottom Title
Board of Directors 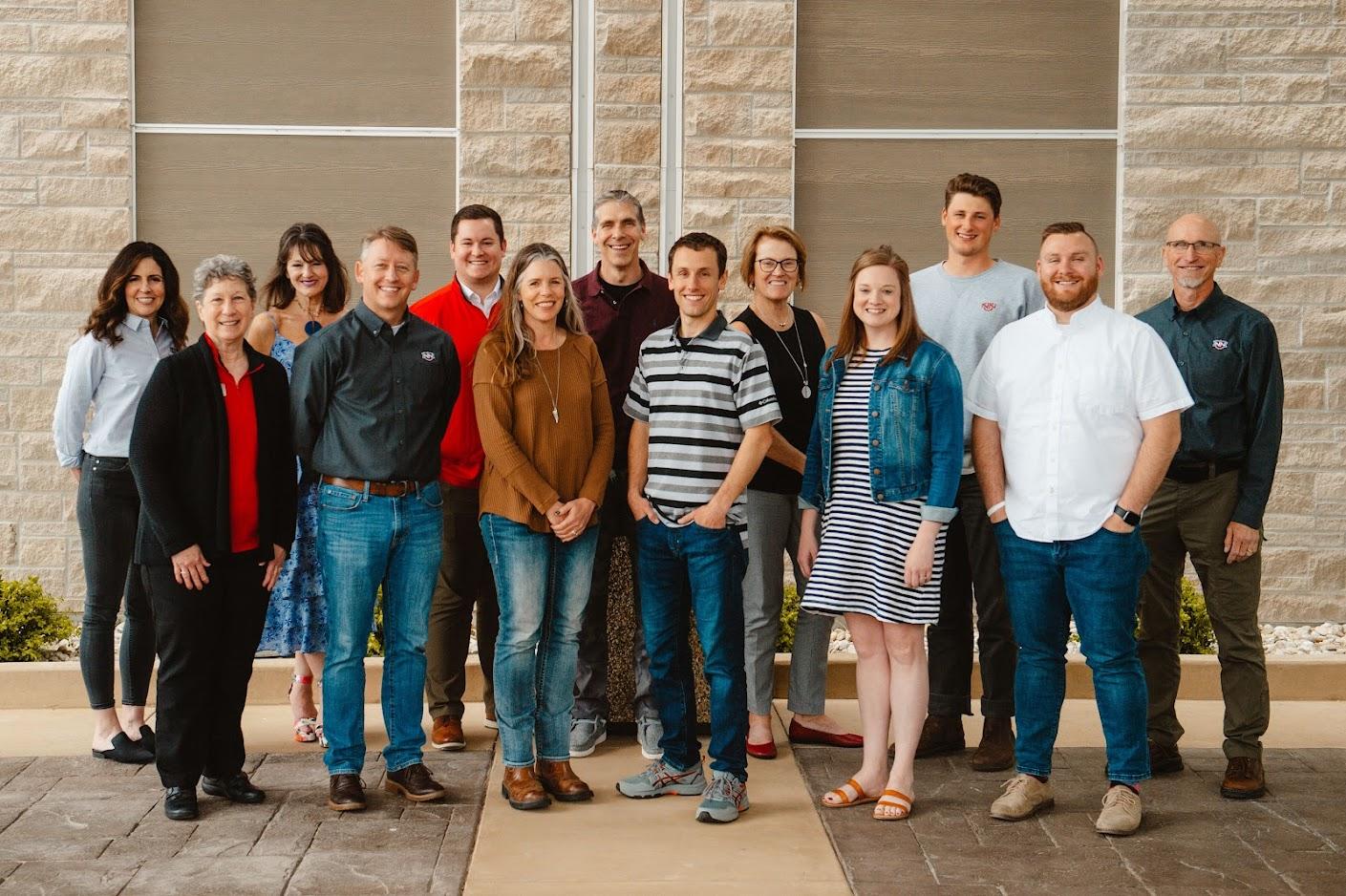 Carlos, class of ´94, is originally from Barcelona, Spain, and currently lives in Mainz, Germany. Carlos works for Nestlé Corporation in Frankfurt, enjoys other cultures, languages, sports, and loves spending time with his daughter.

Darcy (Riddle) Armstrong graduated from NNC in 1986 with a double major in Accounting and Business Administration and currently resides in Yakima, Washington with her husband of 25 years, Brett. Darcy and Brett are the owners of Riddco Inc., which contracts with broadband and fiber companies to install overhead and underground communication lines in Central Washington. Darcy is a member of West Valley Nazarene Church and loves spending time with her family, entertaining people at their home, exploring new places, having chats with her friends, and baking for her side hustle, “Delicious by Darcy.” Darcy has loved serving as a director on the NNU Alumni Board for the past few years!

Since 1999, Karen has worked as a Rehabilitation Counselor in the Neuro Rehabilitation program at the University of Washington Academic Medical Center (Seattle). She and her husband, Terry, have two grown children and one grandson. They worship at Kent First Church of the Nazarene, where she is active on the church board and the Women’s Council. She loves golfing, attending Seahawks games, reading, traveling, holding her grandson, and she and Terry are taking up a new hobby of bike riding.

Stacy works from home and is the bookkeeper for Blum Construction, a family-owned company. She and a friend started Troy Club Volleyball in 2010, and she enjoys coaching junior varsity high school volleyball at Troy HS. Stacy and her husband, Curtis, have 5 children, ranging in age from 25-18, including a set of twins. She enjoys being with family, walking, biking, paddleboarding, watching her kids’ sports, reading, taking pictures, gardening, and being involved in her church.

Rick (Class of 1992) and his wife, Brenda (Naccarato, Class of 1994) along with their 3 children call Medford, Oregon home. For the last 2 years he has been delivering mail for the United States Postal Service. He and his family are actively involved in Medford First Church of the Nazarene where Rick occasionally teaches adult Sunday School classes and volunteers with the High School youth ministry. In his spare time you’ll find him mountain biking, fishing, mowing the lawn, or camping with his family. His favorite sport is whichever his kids are playing at the time.

April serves as Discipleship Pastor at Karcher Church of the Nazarene in Nampa, after a 26-year career at NNU in University Advancement and Alumni Relations. She earned a BA from Pasadena College (now PLNU) in 1973, a MA in Spiritual Formation from NNU in 2005, and was ordained in 2015. April is married to her high school sweetheart, John, and together they have been blessed with three adult children who have, in turn, blessed them with the incredible joy of their spouses and 10 grandchildren. When she finds time away from family and church, April’s favorite pastime is a brisk walk or a leisurely cup of coffee with a good friend. Her favorite quote is “The will of God will never take you where the grace of God cannot keep you.”

Trevor, class of 2018, is the Pastor to Youth and Families at Eugene First Church of the Nazarene. Trevor is married to Roxanne (’17), who works as a Registered Nurse in the Cardiac Surgery Unit in Eugene. Trevor and Roxanne enjoy hosting friends and family at their humble abode and they also love to explore big cities. Roxanne loves to bake pies and other goodies and Trevor enjoys taste testing while watching the Oregon Ducks play!

Ross graduated from NNU in 2017. He recently transitioned into Real Estate after serving as the Resident Director at San Diego Christian College for two years. Ross and his wife, Allie, now live in Keizer, Oregon with their English Cocker Spaniel named Phineas. They love In-N-Out Burger, kayaking, movie nights with friends, and walking their dog on the beach.

For most of his professional career, Brad has been supporting engineering and management tasks and is currently serving as Vice President at Infinity Systems Engineering. He and his wife Robin have 4 children. They are active in their church and in community volunteer opportunities. The Michelson family also enjoys outdoor activities, sports, and traveling.

Christine (Talmadge) Miles, class of ’94, is the wife of late board member and alumnus, Eddie Miles (’93). As an English major, Christine has held jobs teaching, editing, and evaluating student writing. She enjoys sporting events, traveling, outdoor activities (walking, hiking, boating, kayaking), and reading. Christine has two children, a son and a daughter, both students at NNU. She resides in Yakima where she is an active member of West Valley Church of the Nazarene.

Preston (class of 2011) and his wife Brittani live in Woodinville, Washington with their two young daughters. They attend Hope Community, a church plant from Canyon Hills Community Church where Preston had attended since graduating.  Both have been involved in youth ministries for a number of years and are involved with youth athletics. Preston has a background in finance and works in residential construction. Their family loves to be active and outdoors enjoying sports, hiking, skiing, and gardening.

Heather Pillers, class on 2009, is the Children's Pastor at College Church of the Nazarene. She is married to David Pillers ('03) and they have two kids, Connor and Mackenzie. They enjoy being involved in a variety of church ministries, running together, hiking, camping, and now doing many DIY projects on their home.

MJ has pastored in Anchorage Alaska with his wife Maria and two children since 1999. He is currently pastoring at Jewel Lake Church of the Nazarene where he has been since 2013. Before that he planted a church on the University of Alaska Anchorage (UAA) campus and was there for 10 years. He was born and raised in Soldotna, a small south-central Alaskan town where his parents still live. He is passionate about Harley Davidson Motorcycles and spends much of his spare time (when the roads are not covered in ice) riding his Harley all over Alaska and the Yukon.

Kevin and Camrynne (1995) live in Beaverton, Oregon with their two teenage kids, Colton and Karlyn. They attend Eden Community Church of the Nazarene, a church plant of Portland First. Kevin has been involved as a board member and treasurer at both churches. Kevin always seems to have a home project in process and loves adventuring outside with his family camping, hiking, backpacking, bicycling, and riding dirt bikes.

Luke and his wife Abigail moved to Moscow, ID after their wedding in May of 2021. They both graduated from NNU in 2021. Luke’s degree is in family ministries and currently works building houses in Moscow, ID. He loves anything outdoors and spending time with family and friends.

Pam and her husband, Tim ('73), moved to Spokane a few years ago after living in the Monroe area for 37 years. They have three married adult children, all of whom graduated from NNU. She is a retired elementary school teacher and newly retired pastor's wife. She enjoys gardening, reading, sewing, and spending time with friends and family, especially the two grandchildren who live close.